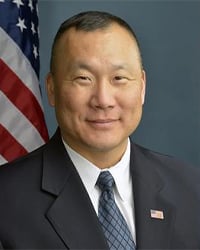 For more than 50 years, in the most routine moments of our days, pre-planned and sophisticated violent firearms assaults have been carried out against the innocent and unsuspecting in the United States—resulting in an era I call “The Age of the Active Shooter.”

These incomprehensible crimes repeatedly manifest in every institution we traverse and spend our days in, often with little to no thought of the lurking threat we have all become desensitized to. If there was anything that resonated with me after reviewing the 2021 FBI Active Shooter Report, published in May 2022, it was affirmation that this modern-day threat still has no end and little hope otherwise.

Notwithstanding the unprecedented levels of preparedness and resiliency we have collectively institutionalized to combat this violence that no one is precluded from, individual mitigation success will—and always will be—centered on human beings making critical decisions under extremely difficult circumstances. These decisions are compounded by the underlying reality that no one really knows how they will respond to what is likely the most terrifying experience of their lives.

No one really knows how they will respond to what is likely the most terrifying experience of their lives.

In my analysis, active shooter events are primarily comprised of three stages: Initial, Sustained, and Improvised. They also start under ambush conditions. Moreover, the offender has every practical and tactical advantage over the targeted population. He or she decides when, where, who, what, and why—in every sense—leading up to the ambush comprised of shocking speed and surprise.

Regardless of what propelled the offender’s grievance or what trigger event in his or her life fueled the pathway to violence, it’s these parameters that make individual mitigation so challenging—let alone manageable.

Further widening the gap in his or her favor, even before the first trigger press, is our tendency to collectively underestimate the offender—and his or her growing cohort—ranging from the probability of an event altogether to the tactical applications clearly demonstrating advanced principles of assault efficiency.

The growing trends of donning body armor, use of multiple firearms, deployment of diversionary measures, and applying hasty exit preventions to doors, clearly illustrates a growing and influenced sophistication with a singular purpose of achieving maximum casualties.

As we have repeatedly witnessed while under crisis, humans are unpredictable when faced with the reality—and the acceptance—of being subject to acute gun violence erupting during a routine moment of their day. Even for the keenly prepared, the sudden nature and dynamics of their pending fate can invoke the physiological condition of a terrifying freeze to momentarily assess the danger prior to the fight or flight response. It is at this moment of an active shooter event the concept of time takes on new meaning.

Those subjected to the attack, including the offender, are now affected by a countdown clock that starts even before the eruption of violence in the Initial stage. The offender fully realizes, and accepts—at the onset of his or her attack—that every first responder in the listening radius of the site will be converging and arriving within minutes. Rather than deter him or her, the offender knows and accepts this. Mitigating this dynamic advantage, within a rapidly collapsing and compromised environment, is central and the most critical component in safeguarding the now vulnerable and targeted occupants.

Relative to this modern-day risk, the mainstays of traditional security hardware and technology serve primarily in either a passive or active posture. They also serve in either inter-event deterrence or intra-event response. And as history has repeatedly shown us, the outcomes of these tragedies have been compounded by the ineffectiveness of practices which were never imagined, nor expected, to mitigate the modern-day active killing of innocent people within a building.

So, how can we mitigate the gap between the offender’s advantages and overcome the humanology realization challenges? By understanding: (1) what and how little, if any, institutional control is exercisable during the attack and the value of human-less dependency; (2) how to navigate the practical realities and priorities of notifications; and (3) how to make the entire unsuspecting population under attack aware so they can do something about it. In short, the sooner people are aware, the sooner they can respond.

Traditionally, technologies used to counter active shooter incidents were video and some form of access control or lockdown protocol. But even in this age of artificial intelligence-driven, video object recognition solutions, trained personnel are still required to identify threats, intervene quickly, and communicate effectively during periods of extreme stress and confusion.

Fully autonomous gunshot detection, tracking, and notification systems change this dynamic. Removing human emotions, reactions, and assumptions from the equation significantly improves the intra-event response for those under attack.

Instant awareness, via multiple modes of communication, brings about advantages in two dimensions; law enforcement can save valuable time by bringing limited resources to the exact location of the offender, while those under attack have a clearer picture of the situation and how they may want to choose to respond.

And as modern indoor gunshot detection systems integrate with leading video, mass notification, and access control systems, each organization has the flexibility to develop its own approach based on its existing security protocols.

Until we can altogether eliminate this modern-day risk—that threatens the population during routine moments of daily life—the mindful management of the intra-event is the focus that can and will save lives.

Jin Kim is the founder and principal practitioner of the PerSec Academy & Advisory Group and advisor for Shooter Detection Systems. Kim retired from the FBI in 2018 as a 23-year veteran of the FBI’s New York Division as the active shooter subject matter expert on the FBI’s Crisis Management Unit.