Privacy. The Indiana Supreme Court determined that the constitutional right not to self-incriminate prevents the police from compelling someone to unlock his or her phone.

Katelin Eunjoo Seo reported that someone raped her to an Indianapolis detective in July 2017 and allowed her smartphone to be examined for evidence. Instead of filing charges against her alleged rapist, however, the detective later arrested and charged Seo with felony stalking based on her phone’s contents and statements from the alleged rapist, including that Seo sent this person text messages and made calls—sometimes as many as 30 in a day.

The U.S. state presented Seo with both a warrant and a court order in an attempt to force her to unlock her iPhone, either by using a biometric fingerprint passcode, password, or other means. When Seo refused to obey the subpoena, she was held in contempt by a trial court for her refusal.

The higher court ruled in her favor, agreeing with Seo’s lawyers that she was protected by the Fifth Amendment and could not be forced to unlock her iPhone. The court also reversed the contempt order.

“By unlocking her smartphone, Seo would provide law enforcement with information it does not already know, which the State could then use in its prosecution against her,” Chief Justice Loretta Rush wrote in the court’s opinion. “The Fifth Amendment’s protection from compelled self-incrimination prohibits this result.” (Katelin Eunjoo Seo v. State of Indiana, Indiana Supreme Court, No. 18S-CR-595, 2020)

Wildfire. After Pacific Gas & Electric (PG&E) pled guilty to 84 counts of involuntary manslaughter as a result of the 2018 Camp Fire, a Butte County Superior Court judge ordered the California utility company to pay a $3.5 million fine.

County Judge Michael Deems noted that prosecutors were restricted in this case, because punishments against a company accused of multiple homicides are treated differently from punishments for individuals facing the same charges.

In California, a company can receive a maximum fine of $10,000 for each incident of manslaughter.

PG&E also pled guilty to one count of illegally starting the fire because the fatal blaze resulted from the company’s repeated failure to properly maintain a transmission line, where a broken suspension hook failed to prop the power line that fell and kindled dry grass in the Sierra foothills.

Other fees, including the cost of the investigation and prosecution, increased the amount of the total fine to $4 million for the company, the largest publicly held U.S. utility.

The November 2018 Camp Fire is the deadliest instance of a corporate crime to be successfully prosecuted in the United States. But no company executives will receive prison sentences. (People of the State of California v. Pacific Gas and Electric Co., California Superior Court of Butte County, No. 20CF01422, 2020.)

Cybersecurity. India banned 59 mobile applications, including China-based social media and video app TikTok. The country’s Ministry of Electronics and Information Technology said in a statement that the apps “are prejudicial to India” and they threaten the “sovereignty and security” of India.

The ministry received several complaints about the misuse of the banned apps, which were allegedly stealing and transmitting user data to unauthorized servers outside of India, according to the announcement.

“This decision is a targeted move to ensure safety and sovereignty of Indian cyberspace,” the ministry said in a press release about the ban.

Along with TikTok, the ministry banned an additional 58 applications—several of which were developed by Chinese companies.

The law, which was approved in response to the 2019 Hong Kong pro-democracy protests, says that offenses including separatism, subversion, terrorism, and collusion with foreign countries can result in a maximum penalty of a life prison sentence.

Other crimes, such as “provoking by unlawful means hatred among Hong Kong residents towards the Central People’s Government” or the Hong Kong government, could result in a mandatory prison sentence of three to 10 years. Additionally, a vague provision said that “an offence of a grave nature” could cost an offender 10 years to life in prison.

The law also created a new Committee for Safeguarding National Security that can operate in complete secrecy and is responsible for investigating schools, businesses, nongovernmental organizations, and foreigners residing in Hong Kong.

As of Security Management’s print deadline, authorities had arrested multiple protesters under the new law’s provisions, including a group of young adults accused of separatist intents and actions, and Jimmy Lai, owner of publishing company Next Media.

Drones. New York City now requires city police to disclose information about their use of surveillance tools, such as drones, as well as any information gathered from these tools.

The Public Oversight of Surveillance Technology (POST) Act, or Int. 0487-A, also requires the New York City Police Department to develop policies on its use of surveillance technologies and produce an annual review of the department’s use and adherence to the approved policies.

The law originated with civil rights groups that were concerned about a perceived lack of oversight of the police surveilling and collecting information on the public. The department also has access to other surveillance systems, including cell site simulators, facial recognition tools, license plate readers, and mobile x-ray units.

New York City Mayor Bill de Blasio signed the bill and five others, which together comprise the NYPD Accountability Package. The goal of the local legislative package is to increase police department transparency and rebuild trust between the police and the community it serves. The package includes reforms that ban the police from using chokeholds, require officers to always have their shield number and rank visible, protect the public’s right to record police activity, and more.

The Commerzbank London branch is a popular location “for sales, trading, and the due diligence process for a significant number of global customers,” the FCA said. The bank received FCA warnings on three separate occasions, but still allowed for an “out of control” system when screening clients between October 2012 and September 2017, the authority said.

The bank failed to conduct due diligence of its clients at regular intervals; allowed for weaknesses to continue in its automated tool for monitoring money laundering risks; lacked adequate policies concerning customer due diligence on clients; and allowed for shortcomings in its financial crime controls on intermediaries.

The FCA also found that certain businesses did not always behave in accordance with the bank’s policy of verifying clients’ backgrounds through a reliable and independent source.

Another gap in Commerzbank London’s bureaucracy was the lack of a comprehensive, documented process for proving that the bank had ended its relationship with clients exhibiting a financial crime risk. During its investigation into the branch, the FCA found that in 2015 the bank identified 1,110 high-risk clients that were not added to its transaction monitoring tool.

“These weaknesses also persisted during a period when the FCA was publishing guidance on steps firms could take to reduce financial crime risk, as well as taking enforcement action against a number of firms in relation to AML controls,” the FCA said in a press release.

Because Commerzbank London cooperated early with the FCA to resolve its failures, it qualified for a 30 percent discount in penalties.

Elsewhere in the Courts

Terrorism. Hasher Jallal Taheb was sentenced to 15 years in U.S. federal prison for an attempted attack on the White House. Taheb, who pled guilty to the charges, also planned terrorist attacks on the Lincoln Memorial, Washington Monument, Statue of Liberty, and a synagogue in a declaration of a jihad. He was prevented from carrying out the attacks after a tip from the public alerted the FBI to Taheb’s intentions. Along with his prison sentence, Taheb was also sentenced to three years of supervised release. (United States of America v. Hasher Jallal Taheb, U.S. District Court for the Northern District of Georgia, No. 1:19-cr-00036, 2020)

Discrimination. Norfolk Southern Corporation and Norfolk Southern Railway Company (Norfolk Southern) agreed to a $2.5 million settlement to end a disability discrimination lawsuit. The suit, filed by the U.S. Equal Employment Opportunity Commission (EEOC), alleged that Norfolk Southern’s medical department disqualified 37 staff members from employment based on disabilities, some real and others perceived. Although these conditions were discovered during medical evaluations, the EEOC claimed that the company did not properly determine if these conditions would affect an employee’s job performance—violating the U.S. Americans with Disabilities Act. (U.S. EEOC v. Norfolk Southern, U.S. District Court for the Western District of Pennsylvania, No. 2:17-cv-01251, 2020) 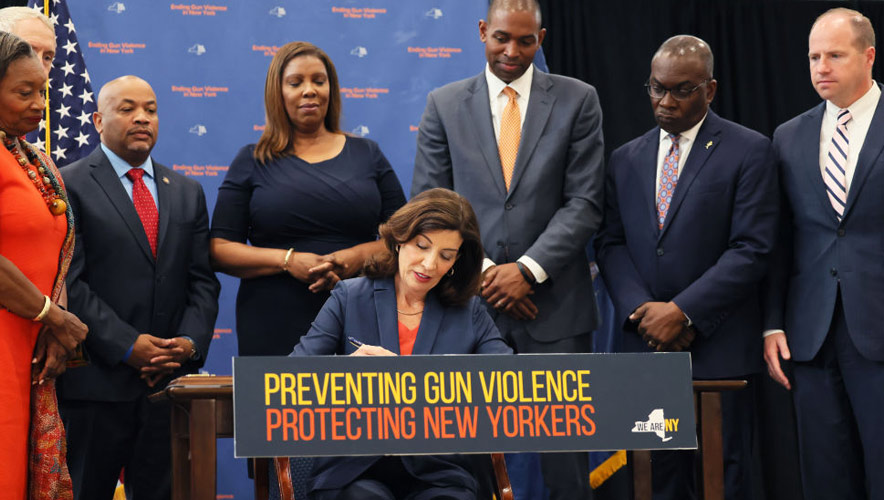