​WHAT IF you could thwart industrial espionage and other threats at a whim by using a system that could identify and neutralize digital cameras, both video and still? Sounds enticing, and it’s exactly what researchers at the Georgia Institute of Technology have designed a prototype to do. Despite the promise of the device, however, experts in technical surveillance countermeasures (TSCM) are skeptical that it will be the best tool for the task.

The prototype consists of camera-mounted sensors, infrared light, a projector, and a computer. The infrared light is shined into a specific environment or space, and the system scans for the type of reflectivity and shape produced by digital cameras. Once the computer determines that the source is a camera, the system emits a narrow beam of light, overwhelming the camera with light and ruining its images.

The current prototype is designed to work best in small, protected spaces, such as an enclosed area in an exhibit hall where proprietary technology is being displayed. The system would thwart attempts by competitors to stealthily snap pictures of the goods, explains Gregory Abowd, an associate professor at the Georgia Tech College of Computing who is leading the project.

It’s precisely this controlled environment that makes offensive use of the technology—say, by thieves looking to disable cameras while they steal—currently unfeasible. “It’s much harder,” says Abowd, explaining that it requires the thief to be mobile, have knowledge of the protected space, and identify and neutralize the camera before it captures an image of the thief. Also, if the cameras are monitored, a blast of light will attract the attention of security personnel.

Future defensive applications of the camera-sniffing-and-snuffing technology might detect photography in more open areas and defeat videotaping of movies in theatres. The light-emission and sensing techniques for identifying and neutralizing cameras would depend on the application, Abowd says.

“This is a suggestion that could work, but in my opinion it would be difficult to implement,” says Gordon Mitchell, a technical surveillance countermeasures specialist in Washington State with a background in optics.

For one thing, since the system works by detecting light that is reflected directly back to it from a camera (retroreflections), it is less effective when a camera is moving, he says.

Other objects, such as jewelry, will also retroreflect, Mitchell adds, creating false positives, which fellow TSCM expert Kevin Murray also sees as a problem. In addition, Mitchell and Murray say that the system will detect people’s eyes, since they are optically similar to cameras. That would not only create false positives but also could potentially expose the company to claims of eye damage.

And shining infrared light may not detect all cameras, Mitchell notes, pointing out that some cameras use filters to block infrared light. An alternative is shining visible light to detect contraband cameras, but that approach is impractical because it would annoy the vast majority of people who don’t have malevolent intentions.

Mitchell says that he once spent $3,000 on a similar device that is “optically identical” to what the Georgia Tech researchers are working on. It sits unused, he says, with Mitchell substituting a flashlight to better accomplish the same tasks.

Abowd acknowledges that false positives remain a problem: “There are many things that can be falsely identified, and a number of tricks that need to be explored to remove the confusion. It’s not easy.” But he says that the system’s algorithms are being tweaked to avoid false positives and negatives.

As for camera movement hindering system performance, Abowd concedes that movement makes the process “more challenging.” He asserts, however, that his algorithms work fast enough to overcome the challenge.

Savvy spies who know how to identify camera-sensing devices have an easy countermeasure that they can implement, says Mitchell. “Don’t point your camera at their sensor. It will not be seen and you can photograph without interference.”

Assessing Domestic and International Global Risk: Is it Safe to do Business There? 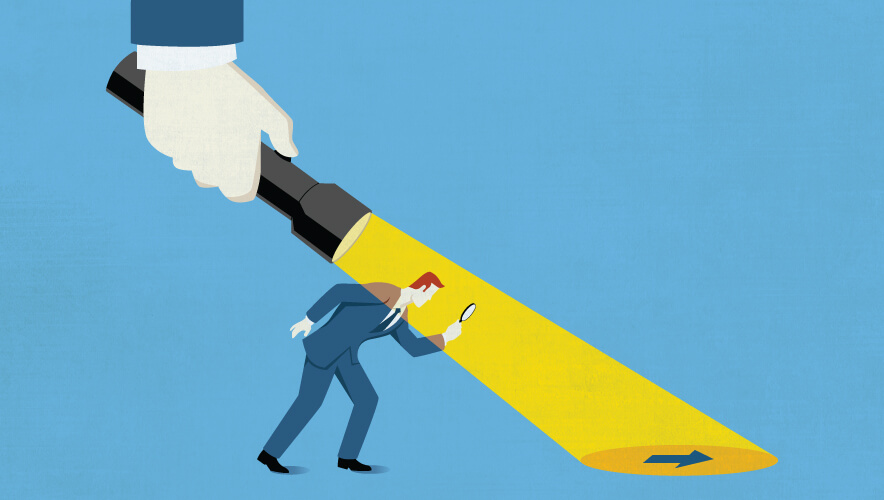