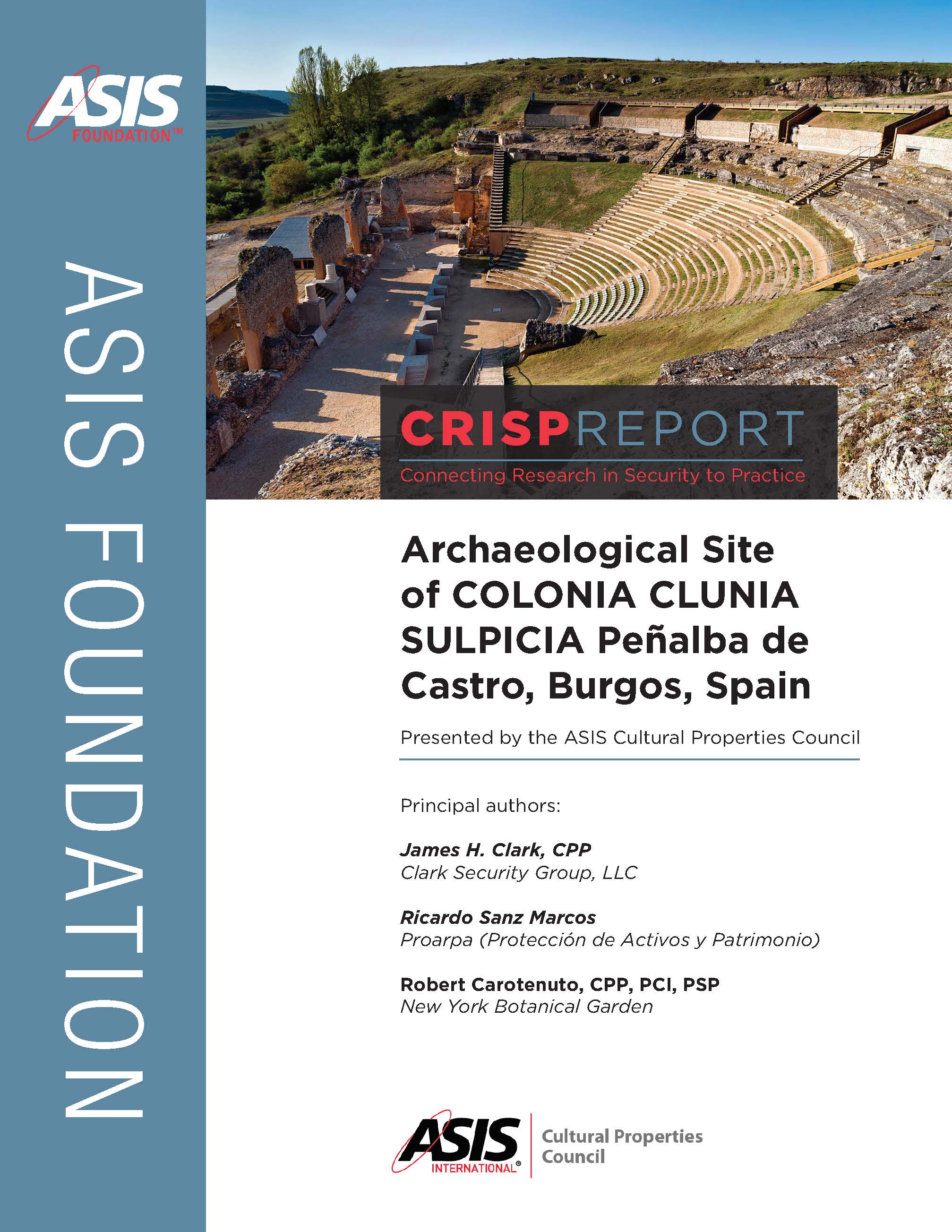 Scholars believe that the site of Colonia Clunia Suplicia (Clunia) is the most representative of all the archaeological ruins that have been found from the Roman period in the Northern Iberian Peninsula. Excavation began in 1915, and work done there over the following decades revealed the site was a significant Roman city of the Iberian Peninsula.

Clunia and other nearby sites collectively weave together the history of the Roman Empire on the peninsula. However, these historical treasures are threatened by damage to the sites from natural and man-made hazards, whether they be weather, looting, or careless behavior.

The objective of this assessment was to identify those conditions that could create security vulnerabilities for the site and its resources, including people, assets, and activities.

The ASIS Cultural Properties Council assessment team's research of Clunia included a site survey and risk assessment that examined the culture of the site, the site's vulnerability to looting and various natural and man-made hazards, the local legal requirements that impact the development of a security plan, the available resources to support a new security plan, and the invaluable input derived from the various stakeholders interviewed.

The report provides a case study, including a physical security assessment of Clunia and its surrounding environs, along with a review of other historic sites in the region.