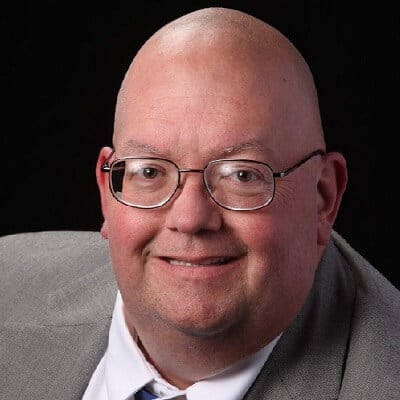 My name is Kevin Sparks and I am the Chapter Chair for the Southeast Georgia Chapter of ASIS International. As an ASIS member since 2013, people always ask me the benefits of being an ASIS member. This is my response to them: I let my membership in ASIS work for me, I don’t work for my membership. So, what do I mean by that? It’s pretty simple.

When I first joined ASIS, I was assigned to one of our sister chapters. I immediately began attending the monthly chapter meetings, which required me to travel approximately an hour and a half one way. When I was presented the opportunity to serve as a volunteer member of the chapter’s leadership, I immediately volunteered to serve as the Membership Chair. After learning the benefits of being an ASIS member, I immediately set out to recruit members to join ASIS and to join the chapter.

In doing so, I was introduced to some guys locally that were ASIS members and assigned to different chapters around the United States. Based on their current job assignments, they were not given the opportunity to attend a local chapter meeting. They asked what needed to be done to start a local chapter, and after meeting the requirements, we submitted a chapter charter petition to get our own chapter started.

But, my membership working for me did not stop there. A very good close personal friend of mine and ASIS member, Tony Oxford, suggested that I apply to get on one of the 34 subject matter expert (SME) councils within ASIS. Tony told me that he was a member of the ASIS Physical Security Council, and suggested that I apply for membership to the council and that he would be my sponsor. After submitting my application, I received a telephone call from Steve Oplinger, PSC Council Vice Chair (now Chair), who interviewed me to discuss my qualifications and to judge my interest level in being on the council. I was accepted as a “probationary” member of the council and was soon thereafter asked to be a part of the PSC Leadership. Tony and I serve together as the Council and Chapter Liaison’s, where we serve as the liaison between our council and the other council’s, as well as all of the U.S. chapters.

ASIS provides its members and chapters the opportunity to apply for different awards and grants. In 2014, I applied for one of the awards through the ASIS Foundation, the Timothy J. Walsh award. Timothy Walsh was one of the pioneers within ASIS and the award provides the recipient the opportunity to attend the ASIS Asset Protection I Course, which is held in different locations throughout the United States. After a review of the applications and a 500-word essay on what the award would mean to me, I was selected as the 2014 recipient. I was provided round trip airfare from Jacksonville, FL to Las Vegas, NV where my tuition and my lodging for the course were also provided by the ASIS Foundation.

That is what my membership means to me and why I strive everyday to be a good ambassador for ASIS, the ASIS Foundation, and the Southeast Georgia Chapter.