Cancún, Mexico, has earned its reputation as one of the most popular and peaceful vacation locales for tourists from all over the world.

After most of the indigenous Maya people disappeared from the region, Cancún was mostly deserted, home to forests and ecological habitats that were already old when the first conquistadors arrived from Spain. It wasn’t until the 1970s that the city began to emerge as a tourist hot spot on Mexico’s eastern coast, balancing between the Gulf of Mexico and the Caribbean, eventually growing and crafting its beaches and hotels into a collective top-ranked tourist destination.

The area has also long had a presence of various organized crime groups (OCGs), from Colombian cartels to Italian mafia to Mexican cartels, according to Dr. Vanda Felbab-Brown, director of the Initiative on Nonstate Armed Actors for the Brookings Institution. “Cancún is a place where criminal groups frequently meet,” Felbab-Brown says.

A significant amount of drugs, including cocaine, pass through the Mexican state of Quintana Roo, and OCGs in the Cancún area often supplement their incomes with extortion or protect their interests through corruption. Despite this level of criminal activity, the area remained mostly non-violent, especially toward tourists.

The locale was already alluring with its beautiful beaches and a variety of resorts. Recently, that attraction was amplified by Mexico’s more lax approach to travel restrictions on foreign nationals in response to COVID-19 variants compared to other countries. In November 2021, the Mexican airline industry recovered to 95 percent of its domestic and international pre-pandemic business, according to the Secretariat of Infrastructure, Communications, and Transportation of Mexico (SICT). The Secretary of Tourism for Mexico reported a 76 percent increase of passengers on international flights with Mexico between January 2021 and November 2021, compared to the same period in 2020.

But since late 2021, that appeal was tarnished by negative press coverage of violent incidents either directly involving tourists or occurring near popular tourist areas.

In October 2021, a shootout between rival gangs broke out in a Tulum restaurant, leaving two female tourists dead, plus another three tourists wounded.

The following month, another shootout on a beach near the Hyatt Ziva Riviera Cancún left two gunmen dead, one American significantly injured, and three other people with minor injuries.

Then in January 2022, two gunmen shot and killed two Canadian men on the grounds of the Hotel Xcaret México, leaving the wife of one of the men injured.

Law enforcement is still investigating a March 2022 incident where at least three men opened fire in a busy downtown Cancún nightclub during the early morning hours. The shooting resulted in the death of one security guard and left three others injured.

Cancún is not in the top 25 municipalities with the highest crime rates in Mexico, neither any other city from Quintana Roo.

By April, the government dispatched more than 6,000 soldiers to the area to help keep tourist areas peaceful, just in time for the major Easter holiday weekend. This wasn’t the first time additional troops were stationed in the area: in December 2021, the Tourist Security Battalion of more than 1,000 soldiers was busy patrolling beaches, nightclubs, and bars.

“Prominent factors raising violence levels in this zone are the control of drug smuggling and territorial disputes between the CJNG [Jalisco New Generation Cartel] and Cartel de Sinaloa,” says Maricarmen Hinojosa, Mexico security manager at International SOS. “There are many factors that ignited the increase in violence in Cancún, including the redistribution of power among the criminal organizations present in the region.”

Felbab-Brown notes that violent disputes between the two groups are likely the result of lower-level cartel members instead of leadership.

“However, it is important to highlight that despite this, Cancún is not in the top 25 municipalities with the highest crime rates in Mexico, neither any other city from Quintana Roo,” Hinojosa adds. The murder rate for Cancún did not change from 2020 to 2021—instead, the perceived increase in violence is actually a stabilization of high levels of violence, making headlines when it intersects with tourists.

But specific to Cancún, “this violence is specifically targeted against other cartel members, local residents, and local authorities; rarely resulting in injury or death of the estimated 8.9 million U.S. citizens that visited in 2019,” according to OSAC’s Mexico Country Security Report.

But that violence has crept into nearby areas that were previously considered peaceful.

“While Tulum has been known for years as a quiet resort area on the Mexican Caribbean coast, cartels and the violence associated with their presence have infiltrated the town,” OSAC’s report said. “Official crime statistics show a significant increase of homicides in Tulum (29 percent increase since 2020), going from one homicide registered in January 2021 to 10 in May.”

Felbab-Brown and Mexican prosecutors said that many of the more violent incidents involved a connection to a cartel or at least one person involved in the drug trade. That included occasions that took place within a hotel or resort.

In the January 2022 incident that resulted in two deaths, one of the victims was linked to organized crime in Canada, according to Óscar Montes de Oca, prosecutor for Quintana Roo. Authorities alleged that the motive for the attack was debts that the victim, Robert J. Dinh, incurred from illegal activities. In 2019, Canadian authorities were seeking information on Cong Dinh, an alleged alias of the victim, who might have been involved with Vietnamese OCGs in Canada, helping them launder millions of dollars.

The second victim, Thomas Cheruka, was also known to Canadian authorities. In June 2015, Cheruka was charged in connection with the alleged distribution of several drugs in Toronto.

Two people involved in the Dinh and Cheruka’s murders were arrested, including a Mexican national with a history of kidnapping, and a Canadian woman traveling with the two victims. The alleged gunman was arrested in February.

The gunman and an accomplice may have entered the hotel, Xcaret Mexico, using a day pass. This has opened up a discussion about whether hotels in the area will continue to offer day passes—which allow entry for guests without a reservation to pay to use a hotel’s facilities—or instead place additional checks or stop participating in a day pass program.

“A couple years ago, all the resorts had day pass programs,” says Ricardo Flores Rodriguez, a security specialist working in Cancún’s hospitality industry. “Now, most of them don’t.”

Resorts in the area have shifted their security practices in several ways, both in response to recent events and as a natural evolution over time, according to Flores Rodriguez, a member of the ASIS Yucatan Peninsula, Mexico Chapter. With incidents that place both tourists and residents at risk, there is a demand for solutions or improvements that can prevent attacks or violent incidents from occurring within hotels.

“We put very specific controls for persons that want to enter the resorts, but they are not guests,” Flores Rodriguez says. For example, several resorts no longer permit last-minute reservations, reservations without a valid government-issued ID, or reservations made with cash.

Another checkpoint involves transportation for guests. Hotels can use information from SICT—which regulates and authorizes all shuttles, taxis, and other vehicles of hire—to ensure that incoming vehicles “have been checked and registered by the agency,” Flores Rodriguez says.

The preparation, the training to have the knowledge of how to respond, training our staff to answer to an emergency are now some of the topics that can help us make a safer environment for our clients.

Flores Rodriguez adds that at least for his resort and security team, there have been changes to their traditional use of surveillance cameras—which now heavily cover the beaches—and staff training.

“We have moved from the traditional training to now we’re talking more about active shooters,” he says. While such incidents have not occurred where he works, Flores Rodriguez knows they can happen anywhere.

While resorts in the area previously emphasized location, food, and accommodations as the hallmarks of hospitality, Flores Rodriguez thinks that security has become a modern addition to hotels’ portfolios.

“The preparation, the training to have the knowledge of how to respond, training our staff to answer to an emergency are now some of the topics that can help us make a safer environment for our clients,” Flores Rodriguez says.

When he speaks with guests or monitors comments on sites like TripAdvisor, he looks for what previous guests say about security elements, including his team. “That’s one of the points (guests) check before they make a reservation. …For us, we’re very proud when we read a comment that the guests feel very safe. It was a clue that we’re doing something well.”

Sara Mosqueda is assistant editor for Security Management. Connect with her at [email protected] or on LinkedIn. Follow her on Twitter: @ximenawrites. 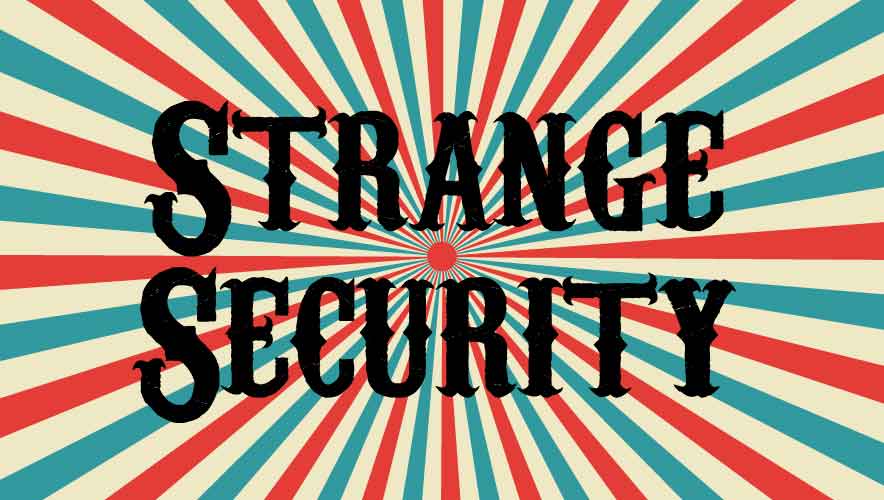