Gaining an understanding of this complex conspiracy theory and its relationship to violence can help security professionals mitigate attacks inspired by this ideology.

While not exhaustive, this is a list of some of the more commonly used terms and phrases within the QAnon movement.

As a framework for pandemic-denial, this term infers that the medical consensus in COVID-19 around distancing, testing, and masking is all delusional. This is often associated with claims that medical education is funded by “Big Pharma” and others who benefit from perpetuating a COVID-19 hoax and that corrupt government officials are influenced by corporate donations and bribes.

QAnon followers are encouraged to “follow the breadcrumbs” of truth delivered by Q that will help them understand details of the conspiracy.

A conflation of COVID-19 and George Orwell’s dystopian novel 1984, suggesting that the pandemic is a planned exercise of totalitarian control.

This term refers to unelected powerbrokers who form a shadow government that persists through changes in administration. In the minds of QAnon followers, the deep state is a contemporary Illuminati.

A time in which all hidden secrets—including secret indictments of Democratic party leaders—will be revealed.

“Don’t let yourself be ruled by fear.”

A phrase used to denigrate anyone who follows public health directives related to the pandemic.

An insider phrase passed between QAnon followers referring to shared knowledge of events yet to unfold.

Phrase used by anti-vaxxers that conflates vaccination with rape.

The point at which the public “wakes up” to the truth of the Q-drops.

Looking at all viewpoints

This disingenuous phrase is used to equalize evidence and fantasy. Usually carries the pretense that the speaker is open-minded, objective, and a peacemaker. It appeals to the value of diversity of opinion and suggests that the speaker’s point of view is as valid as anyone else’s.

A slur against almost all professional journalism, this term suggests that news platforms at large are corporate-owned media outlets, so there can be no journalistic integrity. This statement also infers those organizations are beholden to and influenced by their sources of advertising revenue.

Referencing an unconfirmed theory that the CIA funded journalists during the Cold War or “Project Mockingbird,” this allows QAnon followers to plausibly reject any journalism they believe to be corrupted by the deep state.

Reference to a conspiracy to embed tracking chips in humans via vaccine; this is often used in theories and speculations about Bill Gates’s nefarious intentions to control the world population.

“My body, my choice”

An anti-vaxx/anti-mask slogan, that typically goes along with the idea that “each person has to decide what is best for themselves” regarding their health during the pandemic.

The underlying fictional account of child sex-trafficking and resulting actions of a man who attacked a Washington, D.C., area pizzeria with an automatic weapon in 2016 to liberate children he thought held there by high-ranking Democratic party operatives.

A spin on a concept from The Matrix movies, the “red pill” is the way to Q-awareness, or indoctrination into the belief system. In The Matrix, taking a red pill allows for the realization that people are enslaved and must go to war to be liberated.

A term to disparage groupthink, this implies an ignorant citizenry being led to slaughter.

Relative to the pandemic, this term promotes the idea that the human system can adapt on its own to novel threats without government intervention or assistance.

This refers to a political apocalypse, which includes the mass arrests of deep state figures and the liberation of children they hold captive. Also used in the context of “the coming storm,” or “the storm is coming.”

“Watch this before it is taken down, again.”

As a statement of urgency over censorship, this idea that access to critical content may be time-limited helps create the pressurized and addictive rhythms of social media, which can contribute to the speed of radicalization.

The central, unifying mantra of QAnon followers, used to demonstrate strength in numbers.

For more about QAnon, read Conspiracy and Consequences: When Mass Delusions Come to Work.

Steven Crimando is the principal of Behavioral Science Applications LLC, a training and consulting firm focused on human factors in crisis prevention and response. He is a Certified Threat Manager (CTM) and a consultant for corporations, government agencies, police, and military programs. 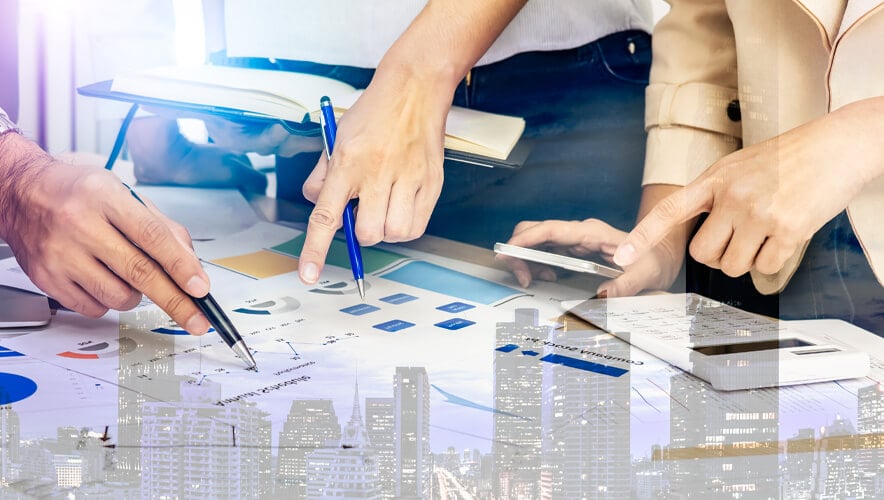