Is $4.5 billion enough to counter global food shortages? Not even close, activists say.

The Group of 7 (G7) alliance pledged to spend $4.5 billion this year to ensure global food security, which has been hit hard by shortages caused by the Russian invasion in Ukraine—one of the world’s leading producers of wheat, sunflower oil, and other necessities. The G7 leaders said in a statement that the funding would help ease a “multidimensional crisis” that has left a record 323 million people at high risk of food shortages, the New York Times reported.

The G7 also called for Russia to lift its blockade of Ukrainian ports on the Black Sea and stop destroying key transportation infrastructure, grain silos, and terminals. “These can only be assessed as a geopolitically motivated attack on global food security,” the statement said.

“You cannot use the hunger of people as a weapon of war,” said the European Union’s foreign policy chief, Josep Borrell Fontelles.

Since the invasion, food prices have skyrocketed. The World Bank’s Food Commodity Price Index is 80 percent higher than it was in 2020, and food prices are expected to rise 20 percent by the end of 2022. Energy market developments have taken a toll on fertilizer costs and availability, which could have a further impact on harvests and food availability.

Inflation has also hit food prices—in Sub-Saharan Africa, prices have increased 11 percent, and in Europe and Central Asia, they are up 10 percent.

“If energy and fertilizer prices do not moderate next year, food prices will be subject to significant upward pressure,” according to a World Bank blog on the topic.

The G7’s pledge is not enough to solve the food crisis, but a White House statement said that $2 billion of the $2.7 billion pledged by the United States will be used for direct humanitarian intervention in areas facing immediate hunger or famine. The rest will be invested in short- and medium-term upgrades in food delivery systems.

Despite the investment, however, the pledge falls far short of what is needed, according to activists, including policy leaders at Oxfam and other global organizations, Reuters reported. While the current funding round focuses on the effect of the war in Ukraine, climate-based challenges have exacerbated the threat, especially in drought-stricken African nations.

The UN World Food Programme’s (WFP’s) annual operational requirements are at an all-time high of $22.2 billion due to the overlapping crises worldwide, and current contributions cover just 22 percent of the funds it needs.

“We are all at a critical crossroads: either we rise to the challenge of meeting immediate needs, or we face the consequences of even bigger problems down the line,” the WFP said in a June report, War in Ukraine Drives Global Food Crisis. “Without resources to address growing hunger, the world will pay an even higher price in terms of supporting the displaced, rebuilding communities, and recovering from what has been lost as the results of decades of support for development are reversed.

“Driven by the ripple effects of the conflict in Ukraine, the number of people who are acutely food insecure or at high risk has soared to a record high of 345 million people in 2022 in 82 countries with WFP operational presence and where data is available. This is an increase of almost 200 million people compared to pre-pandemic levels.”

Beyond the risk of famine, starvation, and malnutrition, the WFP is also warning of the rising risk of conflict in response to food insecurity.

“Conflict drives hunger, and hunger can likewise be a cause of conflict,” the report said. “Food insecurity, especially when caused by higher food prices, heightens the risks of democratic breakdown, civil unrest, protests and riots, communal conflict, and even interstate war.”

Between conflict, climate shocks, and COVID-19, food insecurity is on the rise, driving vicious cycles of famine, uncertainty, and risk. https://t.co/cRHfGfw39u

The report cited the 2007-2008 and 2009-2010 “food and hunger riots,” which “left hundreds of people dead, triggered government reshuffles, and forced major towns to shut down.”

“The global food crisis is significantly worse than 2008 or 2010,” the report added. “In those years, there were no pandemic-related shocks, no massive income losses, no record inflation, no supply chain disruptions, and no major record debt burden. There was no war in Syria, Yemen, Nigeria, or Ethiopia. There were less frequent and less intense climate-related shocks.”

Instead, this year, “the overlap of price increases with political instability, violence, and extreme weather could fuel conflict by increasing food insecurity in terms of both availability of and access to food.”

Security Management has covered the connected nature of conflict, food, poverty, climate, and mass migration in the past. In April 2022, the UN announced that extreme poverty affected 889 million people worldwide in 2021—a significant hike from 2019 driven largely by the effects of the COVID-19 pandemic.

Climate change is also a significant factor in food security. “Climate shocks—such as drought, storms, wildfires, and floods—are increasingly putting lives and livelihoods at risk and eroding development. The climate crisis is one of the main drivers of global hunger,” the Research, Assessment, and Monitoring division of the WFP told Security Management in 2021.

“Climate events—when combined with other problems in food insecure parts of the world—exacerbate conflicts as people compete for scarce resources, driving displacement and social tensions,” the group continued. “More broadly, the climate crisis affects the functioning of global food systems at all levels—from production to consumption. Food availability, diversity, access, and safety are being affected by climate shocks and stresses, including rising sea levels, land degradation, changing precipitation patterns, and increasing temperatures. In the decades to come, we are looking at a 50 percent increase in food demand and losing about 30 percent of crop yields due to climate crises.”

Ukraine is known as the breadbasket of Europe, but Russia’s invasion of the country has dried up agricultural exports and put food security at risk worldwide. https://t.co/LdIs4jAOci

But in the short term, the war in Ukraine is putting untenable pressure on global food supplies.

“If we end the conflict, address the needs, we can avoid famine, destabilization of nations, and mass migration," WFP Executive Director David Beasley told the UN Security Council in March 2022. "But if we don’t, the world will pay a mighty price, and the last thing we want to do as the World Food Programme is take food from hungry children to give to starving children.” 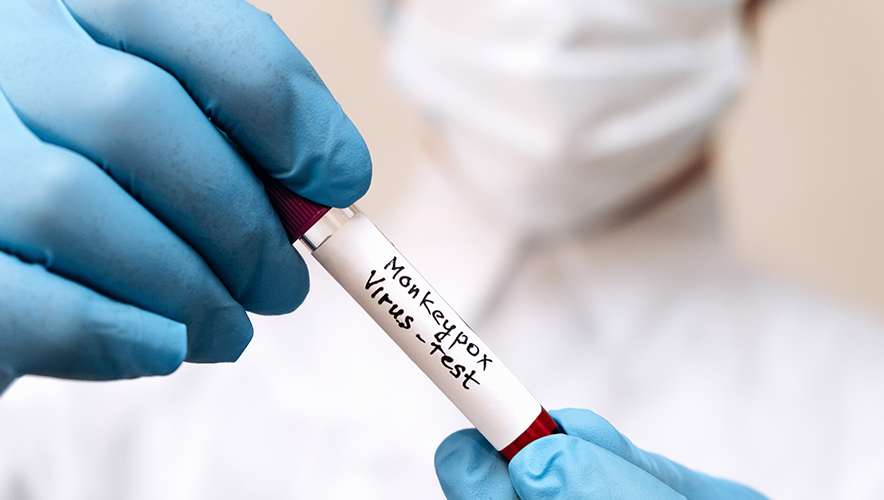