The triggers for potential domestic extremist violence are multiplying, warned the U.S. Department of Homeland Security (DHS) on 7 June. While the United States was already in a “heightened threat environment,” tensions around a looming Supreme Court decision about abortion, an increase of migrants at the U.S.-Mexico border, and the 2022 midterm elections could worsen the situation.

In a National Terrorism Advisory System bulletin, DHS said, “In the coming months, we expect the threat environment to become more dynamic as several high-profile events could be exploited to justify acts of violence against a range of possible targets.”

DHS noted that recent violent attacks by lone offenders against minority communities, schools, houses of worship, and mass transit demonstrate the dynamic and complex nature of the current U.S. threat environment. Individuals in online forums have praised the May 2022 mass shooting at an Uvalde, Texas, elementary school and encouraged copycat attacks. The suspect in the Buffalo, New York, grocery store shooting in May 2022 claimed he was motivated by racist and anti-Semitic conspiracy theories.

As recent acts of violence in communities across the country have so tragically demonstrated, the nation remains in a heightened threat environment, and we expect that environment will become more dynamic in the coming months. (1/4) https://t.co/f6S9OG7NkI

“The continued proliferation of false or misleading narratives regarding current events could reinforce existing personal grievances or ideologies, and in combination with other factors, could inspire individuals to mobilize to violence,” DHS warned.

The bulletin is the latest shift in DHS’s evolution to focus on domestic extremism as much as international extremism. While the bulletin does reference outside groups—including praise from ISIS and al Qaeda supporters after a hostage situation at a Texas synagogue and Chinese, Iranian, and Russian foreign influence seeking to amplify divisive conspiracy theories—the message is primarily focused on homegrown challenges.

“One thing is clear: domestic violent extremism is considered more of a threat to the U.S. public than Islamic terrorist groups,” says Tony McGinty, CPP, co-vice chair of the ASIS Extremism and Political Instability Community.

“The current political landscape contains a disturbing trend of apocalyptic themes, which in turn promotes, justifies, and inspires violent opportunists,” McGinty adds. “Persons with a personal grievance, loners influenced by racist rhetoric, and anti-government factions gravitate toward violence characterized by military weapons and tactics and the targeting of innocents.”

The situation is particularly dynamic, a senior DHS official told the Associated Press, because authorities see a wider variety of people motivated by a broader range of grievances and incidents than in the past.

For example, the DHS bulletin said, “Given a high-profile U.S. Supreme Court case about abortion rights, individuals who advocate both for and against abortion have, on public forums, encouraged violence, including against government, religious, and reproductive healthcare personnel and facilities, as well as those with opposing ideologies.”

That warning is particularly timely, as an armed man was arrested near Supreme Court Justice Brett Kavanaugh’s home in Maryland at approximately 1:50 a.m. today. The suspect allegedly told police that he wanted to kill the justice, and early evidence indicates he was angry about a leaked draft of a Supreme Court opinion that signaled the court is preparing to overrun the constitutional right to have an abortion, The Washington Post reported.

So what can organizations do to manage risk in this heightened environment? DHS provided a number of resources within the bulletin, including an updated list of 42 behavioral indicators of U.S. extremist mobilization to violence. These indicators can include:

DHS is also recommending that private organizations and soft targets pursue improvements to harden their facilities against attacks and conduct risk and threat assessments.

McGinty adds that security leaders should ask themselves some key questions. “What is the potential for civil disorder in your operations area? Mass demonstrations and street violence impede freedom of movement and logistics,” he says. “What is the potential for property destruction at your corporate, distribution, or retail sites? Conduct a security assessment to identify vulnerabilities.”

The upward trend in extremism and violence is sounding alarms. But leaning into public–private partnerships has enabled organizations and governments to expand their reach and resources in times of trouble. https://t.co/1LbvjXEclA 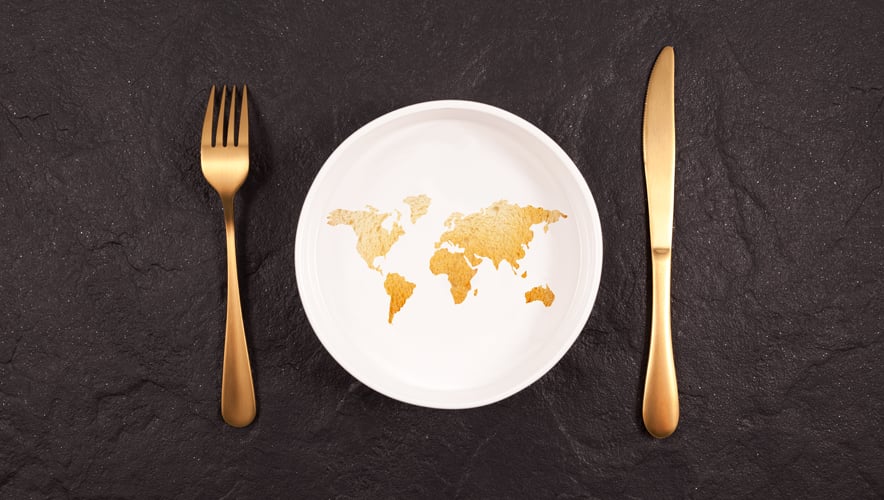