Human trafficking is among the top three criminal enterprises in the world, according to 2018 data from ECPAT International, and it is one of the most profitable because no capital investment is needed and victims can be sold and resold as commodities. Trafficking controllers keep victims submissive and compliant using various forms of maltreatment to instill trauma, make them fearful of law enforcement, force their dependence on the traffickers, and prevent escape from enslavement. This conditioning makes detecting and responding to trafficking difficult for law enforcement to handle alone.

When it comes to human trafficking, Americans endorse several myths that prevent them from recognizing victims, according to Polaris and the National Human Trafficking Hotline.

Myth: Human trafficking only occurs in illegal or underground industries.

In its 2017 report, The Typology of Modern Slavery, Polaris found that persons are trafficked for commercial sex acts and forced labor inside both legal and illegal establishments.

The majority of victims are U.S. citizens, lawful permanent residents, or documented foreign nationals who are legally able to live and work in the United States, Polaris found.

Myth: Labor trafficking—in which people are trafficked into unpaid or underpaid labor—is a problem in developing countries, not here in the United States.

Polaris indicated that both of these forms of trafficking occur in the United States; however, awareness for sex trafficking, particularly of girls and women, seems to be higher than for labor trafficking. Even law enforcement officers believe that trafficking does not occur in their jurisdictions; consequently, they are not prepared or trained to identify and investigate trafficking situations, according to 2015 findings in “Does Training Make a Difference? An Evaluation of a Specialized Human Trafficking Module for Law Enforcement Officers” in the Journal of Crime and Justice.

Awareness for sex trafficking, particularly of girls and women, seems to be higher than for labor trafficking.

The reality is that victims are exploited and trafficked across the United States—in every state—and 70 percent occurs in the private sector, according to Human Rights First. Polaris reported that most human trafficking victims are invisible, even though many of them are openly present as workers and customers inside various businesses (restaurants, beauty shops, hotels, retail stores), as commuters and travelers on public transportation (Ubers/Lyfts, cabs, buses, trains, subways, planes), and as residents in neighborhoods (houses, trailers, apartments, condos).

There are multiple challenges associated with identifying forced labor and sexually exploited trafficking victims, according to the Palgrave handbook. It is essential that private and public sectors involved in combatting human trafficking use the same definition in identifying victims because otherwise it would be impossible to understand prevalence or even the scope of this crime.

Another factor that affects the public’s ability to recognize human trafficking in its many forms is the conceptualization that ideal victims are impoverished, helpless, and powerless girls and women who were forced or duped into underground organized criminal communities for sexual servitude, according to the Palgrave handbook. Society and police are only slowly accepting that human trafficking often involves sexual and labor exploitation suffered “voluntarily,” albeit initially, by vulnerable victims desperately seeking love and/or family relationships or believing that their sacrifice is helping to support those they love.

Surveillance skills used to watch and evaluate customers and employees can be instrumental in recognizing human trafficking victims.

Training takes different forms, including classroom-based, video, or online learning that can be paired with an app for identifying victims (such as the C-Tip Line app or the Truckers Against Trafficking app). For example, the Ohio Human Trafficking Task Force offers a free 60-minute online training for private security and investigators (worth 1 CE hour) that teaches them anti-trafficking laws and to recognize indicators of human trafficking.

Investigators and service providers who use screening tools to differentiate trafficking victims from other types of victims and from non-victims (Adult Human Trafficking Screening Tool/AHTST; Trafficking Victim Identification Tool/TVIT) are given intensive training on topics such as establishing rapport or unbiased interviewing to ensure reliability and validity, according to a report from the Urban Institute, Pretesting a Human Trafficking Tool in the Child Welfare and Runway and Homeless Youth Systems. Law enforcement officers (and their partners in the private sector) can attend a one-day Human Trafficking Awareness Training program by the Federal Law Enforcement Training Centers (FLETC) to learn observable indicators, state and federal laws, and district-specialized classroom examples, videos, and learning activities.

Without training to investigate trafficking situations, it would not be reasonable for security personnel to attempt this feat. Instead, they should use their powers of observation to detect potential trafficking victims.

Some private industries have high potential for encountering trafficking victims or operations. Multitenant retail spaces like malls can house department stores, supermarkets, restaurants, pharmacies, and kiosks, as well as specialty stores or service providers. Private security personnel, regardless of whether they work for a specific store or for the shopping center itself, are ideally situated to observe people who are vulnerable to trafficking or are currently being trafficked.

Throughout the workday, private security personnel observe people as they shop, eat, chat, work, or rest on benches. Surveillance skills used to watch and evaluate customers and employees can be instrumental in recognizing human trafficking victims. It is far less dangerous for the victims if they are identified without attempts to speak to them in the presence of their controllers. In most cases, victims who are confronted about their trafficking situation will not cooperate or will simply run away. Additionally, intensive training would be required for security personnel to effectively interview and investigate trafficking controllers and victims.

Most trafficking victims do not reach out for help for a variety of reasons, including being under the watchful eyes of the controllers and associates, not understanding that they are being exploited, or being incapable of freeing themselves from the mental chains that bind them to the trafficker (trauma bonding). In particular, they do not know how to get meaningful help (food, clothing, and/or housing) to escape their situation; fear for their own and families’ lives due to threats posed by the controller; and either have limited mental resources, are poorly educated, or have few legitimate employment options to support themselves. Private security can facilitate this transition from bondage to freedom by partnering with law enforcement as part of a U.S. Department of Justice-sponsored Center for Countering Human Trafficking taskforce that provides a comprehensive solution to detect and rescue trafficking victims proactively.

Security personnel can learn the red flag indicators associated with human trafficking—specifically physical appearance and behavior—and report their suspicions to law enforcement, who have the experience and training to investigate.

The physical appearance and behavioral signs of trafficking are consistent with those of maltreatment from domestic violence.

A recent decision by federal court should serve as a warning to corporations, namely that they can be held criminally and civilly liable as facilitators when they indirectly, but knowingly, profit from the trafficking venture in reckless disregard to use of force, fraud, and coercion against the victim. As a partner in fulfilling the TVPA mandate to combat trafficking, a mall policy should be implemented in which security personnel will collect data relevant to the red flag indicators for the purposes of detecting patterns and documenting them for evidence in after-action reports. Then, the mall security personnel, as part of their continuing partnership with law enforcement, should meet monthly or bimonthly to review reports regarding potential and confirmed trafficking venues and victims in the mall.

It is important for private security to know that anyone can be a victim and the signs for human trafficking are industry-specific—that is, what is observed in healthcare is different than for transportation. A list of observable red-flag indicators is shown in the table below, but these should be used as guides because no specific sign alone is proof of trafficking, according to the Illinois Department of Human Services.

In many ways, the physical appearance and behavioral signs of trafficking are consistent with those of maltreatment from domestic violence, as both types of criminals subject their victims to “physical, sexual, emotional, economic, or psychological actions” as a means of exerting power and control, according to a 2015 report from Freedom Network USA.

Multitenant facility security agents must be cognizant that some of the indicators for sex and labor trafficking victims will be the same, but it is also important to consider the circumstances in which the person is observed. For the most part, security will have the most opportunity to detect sex trafficking victims as customers in the various businesses housed in the mall, such as clothing stores, restaurants, pharmacies, kiosks, and hotels. They will need to remember that not all sex trafficking victims are minors or female, although it may be easier for them to identify female than male children and adolescents because they are stereotyped as most common (see the Palgrave International Handbook of Human Trafficking, “The Human Trafficking of Men: The Forgotten Few” for more information).

There are also third-party businesses used by the mall, including commercial cleaning, landscaping, and construction, that may be composed of employees who are forced labor victims. Alternatively, victims who work in cantinas or bars, hotels, and massage parlors may be both sex- and labor-trafficked. The same characteristics indicated in the chart below can be used to detect forced labor in all of these situations. Even if the victim speaks another language, it is possible to observe how the person acts while doing his or her job.

For example, private security can observe whether employees working in a restaurant or nail salon:

Finally, it is also possible that labor trafficking victims who work as domestic servants may be present during shopping trips with the families they serve. Security personnel should be able to observe behavioral signs reflective of these victims being controlled, showing distress, and acting confused, as well as signs of maltreatment in their physical appearance as indicated in the table. 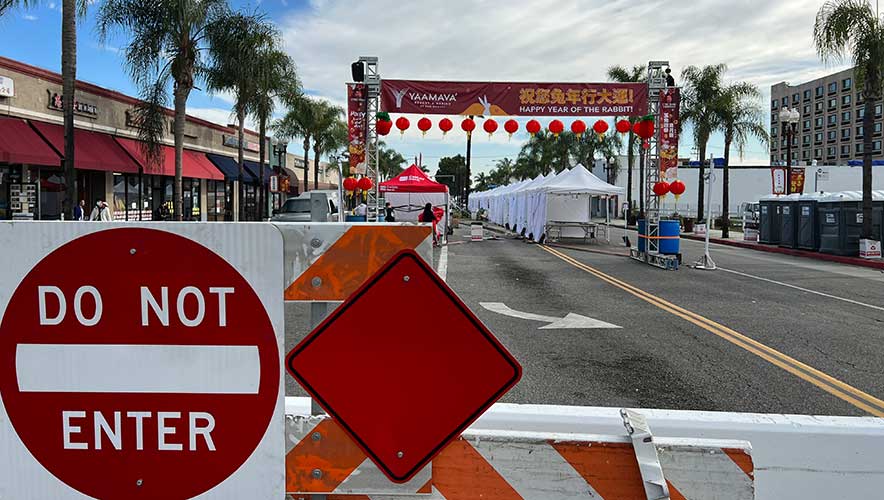 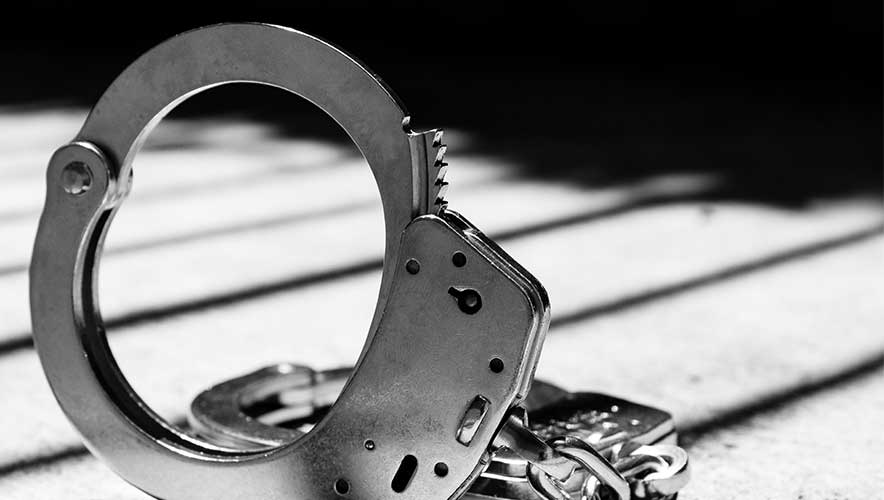