Human-Centered Robots and the Future of Security 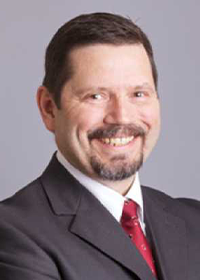 Robots have supported industrial manufacturing for decades. General Motors introduced the first robotic arm, “Unimate,” into its automotive assembly in 1961. Ford Motors, fearing that its employees would perceive robots as an employment threat, used the term “universal transfer devices” to play down potential concerns.

Yet today, robots of all descriptions and capabilities have permeated our society, from medical robots that support complex surgeries to Miko 3, an AI-enabled toy friend driven from the Disney Accelerator program, and everything in between.

Concerns regarding emerging technology impacts are not new. Planes, trains, and automobiles all had detractors, but arguably, none of these innovations brought the adverse outcomes that critics were concerned about. The security industry, always a lagging indicator of successful trends and technologies, has slowly introduced the use of robotics into the marketplace for security applications. But will robotics ultimately prove to be a successful component of a company’s security program? The odds are yes, but there are hurdles to overcome and conversations that are required.

Currently, there are five robot forms: pre-programmed, autonomous, teleoperated, augmenting, and humanoid. Some forms can be functionally combined.

Generally, industrial robots—typically pre-programmed, autonomous, and, sometimes, teleoperated forms—have a utility design and are not created for a human experience. They complete a task quickly and efficiently, and then their purpose is served.

The first generation of security robots are similar to industrial robots; they are mobile security device platforms—including cameras, lights, and audio—that, for example, can patrol an area. These robots extend the company’s security situational awareness and, by their presence, project security. But their human interactions are limited and because of their non-humanoid design, lack an approachability that many essential security functions need.

Human-centered robot designs introduce new and advanced human-like appearance and functionality with superior people-to-robot experience potential. The design is intended to facilitate interaction between people and the robot—and help people feel more at ease engaging with the device.

AI developments enable autonomous robots to recognize people in discomfort and distress and initiate an action.

Human-Robot Interaction (HRI) is the science of human and robot behavior, and the healthcare and home care industry are a prime example of what we can expect from an advanced HRI environment. Parallel and critical advances in artificial intelligence science enable autonomous human-to-robot experiences that could positively impact the future of security.

AI developments enable autonomous robots to recognize people in discomfort and distress and initiate an action. Imagine that a mobility-impaired person wants help moving from his or her bed to a chair. A humanoid robot can provide an arm for support—much like a person can—and help the person to his or her chair. Need a blanket and pillow? The same robot can be programmed to execute that task as well.

For the health and home care markets, humanoid robots have a substantial range of services already in use today, including mobility and comfort support and completing ordinary tasks performed by people—such as patient escorts.

Whether in a clinical or home environment, these AI-enabled robots boost the quality of life for the person while augmenting care providers’ roles by relieving them of simple tasks. And, when necessary, the robot’s form can be teleoperated by a remote operator using virtual reality to engage directly with the patient or care provider. And the bonus? One operator can manage multiple robots for optimum efficiency. Humanoid robots with these capabilities are already serving in healthcare environments, and our industry should take notice.

While utility-form robots have been in the security space for a short while now, humanoid security robots with advanced capability are beginning to emerge and represent the breakthrough the security industry has been waiting for.

Besides the basic patrol tasks that guided vehicle-style robots perform, humanoid robots can perform many of the advanced tasks that human guards can. With articulated arms and hands, these robots can open doors that guided vehicles cannot. Hence, their patrol areas are not constrained by closed doors. Operating an elevator control is not a problem either, which opens the entire facility up for security patrols.

These robots can be permanently positioned in clean rooms—for example, class 1 or 2—and high-security spaces, such as data centers. They never need a break, never diminish in alertness, and are immediately available to respond to events. The next leap in security robots will see the deployment of bipedal or “walking” robots that will fully extend their range to meet that of a human security guard.

With articulated arms and hands, these robots can open doors that guided vehicles cannot.

Security organizations will soon be able to include roboticized guarding functions in their security programs as a matter of routine planning and to complement their current strategy and fill in gaps for human labor when needed. Incorporating them requires a simple analytic process to determine how the robots can augment staff or reconfigure the post from human to robot.

For example, a security director may believe that she can reconfigure the guard patrols for humanoid robots to handle, relieving humans of insecure door checks. After the evaluation, the director confirms the possibility as business-viable. The robots perform an important service while the guards are restructured to address more important, exacting tasks with greater frequency. This may include increased systems operations for improved situational awareness, greater dwell time in critical areas, and increased patrols where robots may not be able to readily access.

Technology detractors may decry robotic emergence, but robot success has already been demonstrated in many other industries. Our industry may be a chronic lagger, but we also know success when we see it.

William Plante is director, Consulting Services and Strategic Development, ADT Commercial. Plante has worked in the consulting field for 15 years, leading complex technology and enterprise risk projects. He has also been a CSO and IT continuity director for two high-technology firms.