Dreaming of Gadgets and the Drone Revolution 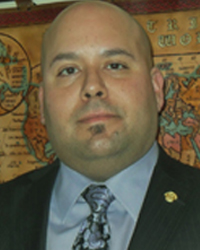 Have you ever noticed, as Neil deGrasse Tyson did, that “dreams about the future are always filled with gadgets?” Since I was a kid, I’ve been fascinated by gadgets, with taking things apart and putting them back together. When I was seven, my grandfather handed me some tools and a soldering iron, then asked me to fix a broken radio. I had no idea what I was doing or looking for. My grandpa’s instruction was just to "look for something that doesn’t look right."

While inspecting the radio, I noticed a broken wire and what I would later find out to be a burnt resistor. After a trip to Radio Shack and a lesson on soldering, I was able to fix the radio. It was an electrifying experience.

As we move into the future, technology will continue to evolve and our need for gadgets will become more complex. We are on the precipice of some amazing and scary times. But we need to remember that technology is not inherently good or evil—it depends on how it’s used and its unintended consequences.

When it comes to drones there were several early adopters—me being one of them. As the drone revolution pivoted to the unmanned systems and robotics revolution, the unintended consequences evolved.

These are just computers that fly, traverse, or float.

In 2015, for instance, the drone market grew drastically—with 700,000 drones shipped in the United States, a 63 percent increase from the previous year—and were popular holiday gifts. In response, drone incidents also rose to pose a security threat to airports, mass gatherings, and arenas. In response, the National Football League and the Federal Aviation Administration made the Super Bowl a “No Drone Zone,” prohibiting drones from flying within 30 miles of the University of Phoenix Stadium.

From the beginning, I took a very cautious approach because I did not want to be that example of what not to do. As I continued researching, tinkering, testing, building, I quickly realized early on how vulnerable this technology is.

Many of these drones ran on Linux-based platforms, an open-source operating system. While tinkering, I found that it was easy to manipulate the system’s code because there was little to no security built into it. Basically, these are just computers that fly, traverse, or float, and all computers have varying vulnerabilities.

As we integrate technology, we need to proceed with caution. Several tech companies are developing systems and simultaneously lobbying Washington to integrate this tech into daily life.

And the global drone market is poised to grow from $20.8 billion in 2021 to $501.4 billion by 2028, according to projections from Grand View Research, with military, consumer, and commercial markets all adopting drones for different use case scenarios.

Soon, you will see drones and autonomous vehicles delivering goods from food to household supplies. Some of the systems are currently being tested in North America and in countries around the world. In Australia, for instance, Wing—a subsidiary of Alphabet, Google’s parent company—has made more than 100,000 deliveries of coffee, bread, and roasted chickens to customers.

Unmanned systems and robotics are the future of the security industry.

With all this innovation it seems basic security concepts are the last thing considered or being completely ignored. That needs to change because the more advanced tech becomes, the more dangerous the threats become, too. What could start as a simple manipulation of a system could turn into deliberately targeting a drone mid-flight to intercept a package and replace it with something harmful—like an explosive device.

As we innovate, we need to consider the countermeasures for these threats and the unintended consequences the technology might create. We also need to consider how the security industry might change in response to both.

For instance, the industry might split into three categories:

Throughout history the security industry has always adapted technology and innovation, at times even inventing a solution to a problem. Unmanned systems and robotics are the future of the security industry, capable of fighting fires, finding people, inspecting caves, and bringing medicine to those in need.

There is a fundamental shift that needs to happen within the security industry. We need to take unmanned systems and robotics seriously as a solution but also clearly understand the threat they present. There are plenty of companies tinkering and playing around. There are companies that are adapting and developing various technologies. There are a lot of people chasing rabbits down the hole.

So, who’s going to be the first to go all in and fundamentally change the security industry forever? I hope it’s going to be one of the top three global security companies…but I suspect it will be some kid tinkering in his basement right now, looking for something that doesn’t look right, that ultimately makes the next wave of innovation possible.

James A. Acevedo, CPP, CPS, is founder of StarRiver Inc. and a member of the ASIS International Security Applied Sciences Community Steering Committee. Acevedo is also the chair of the ASIS Supply Chain and Transportation Community’s Unmanned Systems Committee and secretary for the ASIS Intellectual Property Protection Community.