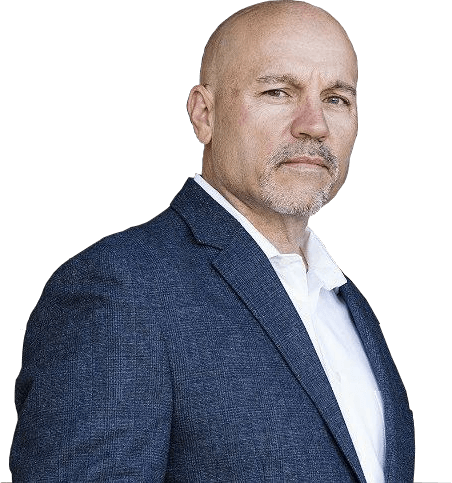 During the past several years, there has been an increased focus on protecting virtual data perimeters given continued technology advancements and the many Internet-based threats organizations face daily from cybercriminals. Since the start of the COVID-19 pandemic, many organizations transitioned some of their workforce to remote environments, likely increasing the need for additional cyber risk-mitigation strategies.

Relegating employees to home-office environments, however, did not necessarily reduce the need to protect the physical perimeters of business assets. Instead, there are some indications this remote-based strategy resulted in an increased demand for physical security measures.

During the past year, several security integrators and end-users told the author about increased criminal activity since the start of the pandemic, especially involving property theft and vandalism.

Historically, the FBI’s Uniform Crime Reporting (UCR) program and National Incident-Based Reporting System (NIBRS) are go-to reference platforms to corroborate increases or decreases in crime. Given the current data population is only valid through 2019, corroboration of COVID-19 pandemic-related activity cannot be determined from these platforms.

There are, however, other relevant sources of validation. One such source is the National Insurance Crime Bureau (NICB), a not-for-profit organization focused on crime and insurance fraud, which recently published an article titled, “Catalytic Converter Theft Skyrocketing Nationwide.” Catalytic converters are exhaust emission control devices commonly used with internal combustion engines.

“Vehicle thefts, carjackings, and break-ins are all crimes we’ve witnessed trending upward for several months, and now catalytic converter thefts are also on the rise,” according to NICB. “…We have seen a significant increase during the pandemic.”

Catalytic converter theft is an excellent example of a current perimeter threat faced by many businesses—both small and large. Based on NICB data, these thefts drastically increased every month in 2020 when compared to 2019. The increase was attributed to the significant value of the precious metals (i.e., platinum, palladium, or rhodium) contained within the stolen catalytic converters. As of December 2020, these precious metals had drastically increased in value, with platinum valued at $1,061 per ounce, palladium at $2,336 per ounce, and rhodium at $14,500 per ounce—with recyclers paying $50 to $250 per catalytic converter, according to the NICB.

A criminal’s incentive for each theft was likely based on the speed and ease with which they could enter perimeters to obtain highly valuable items. The loss from a business perspective, however, was potentially much higher than the cost to replace just the stolen equipment. In some theft scenarios shared with the author, business service vehicles were targeted. The crimes involved in this example impacted many aspects of service programs, such as vehicle availability, service times, and ultimately, customer satisfaction.

Is it possible that a reduced employee footprint in the business environment aided the increase of criminal activity—by reducing the number of potential witnesses? It would be tough to “See Something, Say Something” at work while working from home.

A criminal’s incentive for each theft was likely based on the speed and ease with which they could enter perimeters to obtain highly valuable items.

Regardless, without an in-depth analysis, it would be difficult to establish whether there is a statistical correlation between the reduction of onsite workers and an increase in pandemic-related crime in the business environment. What can be discussed, however, is a continued need for appropriate physical perimeter protection solutions across all business units. Whether the risk involves critical infrastructure or small employee parking lots, history has demonstrated that criminal behavior will always be present and will probably increase during difficult economic times—like a pandemic.

As such, it’s essential to leverage physical perimeter protection capabilities that can increase awareness and provide sufficient notice to mitigate or eliminate loss with reduced or minimal dependency on human intervention for threat detection. One such perimeter protection solution involves thermal technology.

What is Thermal Technology?

To provide a general understanding of thermal capabilities, we must first discuss light.

Everything we see with our eyes is a result of reflected light. Light travels in a straight line and reflects off items. Reflected light is how we see objects. Want to test this theory? Close your eyes and take note of what you observe. The second your eyelids close, you have blocked reflected light from entering your eyes, thus no imagery.

There are four bands of IR: near, short-wave, mid-wave, and long-wave. While our eyes cannot directly see objects illuminated by IR, camera technology can. Cameras use IR illumination in the near IR part of the spectrum, which allows us to indirectly see things at night through the camera.

Optical cameras, like our eyes, still require reflected light, though. At night, instead of reflected sunlight or artificial light, IR-capable cameras use reflected IR. While these cameras help us to see in the dark, they are not perfect. For example, an intruder hiding behind a bush might not be detected by IR illumination because the image displayed by the reflected IR would be of the bush—not necessarily what is concealed behind it.

A thermal camera, however, might detect the person behind the bush, as thermal imaging does not need reflected light. Thermal imagery requires absolutely no light, meaning a thermal

camera can see in complete darkness. A thermal image looks the same regardless of day or night.

Thermal cameras create imagery based on the heat absorbed and emitted by objects within a scene. Remember the discussion of the short-, mid-, and long-wave bands of the electromagnetic spectrum? Thermal cameras detect the heat present in these IR bands. While our eyes and optical cameras cannot see in this part of the spectrum, specialized thermal sensors can. Thermal cameras produce pictures and video by evaluating tiny temperature differences of objects in a scene.

Everything on our planet above the absolute zero temperature (i.e., -2730 C) absorbs and emits energy. As such, continuing with the person-behind-a-bush analogy, the leaves and sticks composing the bush will emit different energy levels than the person behind it. This temperature difference creates a contrast between objects. Depending on the thickness of the bush, a thermal camera might detect elements of body heat emitting through the gaps of the leaves.

Because thermal cameras display imagery in daylight, darkness, and some environmental conditions (e.g., light snow, light fog, smoke), they are a great tool to detect intruders within a perimeter.

When thermal cameras were first developed, they were cost-prohibitive for anything other than government and military purposes. Over time, thermal sensors’ price points and capabilities evolved, allowing them to become relevant security solutions for large-scale commercial environments, like critical infrastructure protection. More recently, thermal capability has become an affordable option for many small- and mid-scale businesses, including some residential applications.

Besides cost reductions and technology improvements, many thermal cameras now leverage analytics to help detect, assess, and locate threats. The implementation of analytics is probably the most relevant and impactful aspect to help reduce dependency on human beings for real-time threat identification.

Consider construction sites as an example of locations that would benefit from thermal cameras with analytics. These environments are typically larger in size, are laden with expensive materials and equipment (e.g., copper wire and appliances—items commonly stolen from construction sites), and in many scenarios, do not leverage fencing or artificial lighting at night. The use of strategically-placed thermal cameras would provide a platform from which intruders could be automatically detected—as the heat emanating from vehicles and people moving within the perimeter would contrast against static equipment and structures.

Reflect on the earlier discussion of catalytic converter thefts from commercial businesses. One of the discussion points was whether a reduction in employee attendance at business sites might have contributed to an increase in theft. Assume these locations employ an actual guard as a proactive security measure. Even in scenarios where witnesses or guards are present, there is still a possibility that criminal mischief will occur and evade detection. Using thermal technology with analytics will substantially increase the likelihood of identifying a perimeter breach and provide sufficient time to initiate response protocols to mitigate the loss and apprehend the offender.

While thermal technology has been a commonly used solution in larger security environments for quite some time, some smaller business environments are only now discovering the benefit of this capability. Given the current pandemic caused a workforce reduction in some on-site environments and potentially increased some criminal behavior, there is no better time to switch to thermal cameras as a technology sentry.

Gawain Guedry, CPP, is vice president of business development and security integrations at Thermal Imaging Radar, manufacturer of a 360-degree thermal camera solution. Before joining the private security sector, he spent nearly three decades in law enforcement as a member of the Las Vegas Metropolitan Police Department. He retired as the section commander of a technology-based investigative unit where he was responsible for management and oversight of various technical solutions.