Nearly every presidential election in the United States feels like it is a tipping point—the most consequential election in the country’s history. Or at least its recent history. Enter 2020, where the contest between President Donald Trump and former Vice President Joe Biden fits that description and then some. There is real speculation, not fringe conspiracy theory, that the country is headed for a protracted time before the outcome is known and that the process of resolving the election through the courts could lead to civil unrest and less-than-peaceful protests.

Last week, the ASIS Banking and Finance Community Steering Committee published the tip sheet “Election Cycle Turmoil—Keeping the Financial Industry Secure” (available to ASIS members only). Security Management interviewed the primary author of the tip sheet, Ray Fournier, CFE, on the upcoming election and the potential for unrest. Fournier has been head of corporate security and bank security officer at MUFG Union Bank, N.A., for eight years. Prior to that, he worked for the State Department’s Bureau of Diplomatic Security, responsible for the embassy security program, and served as an officer in the U.S. Marine Corps.

What was the context that led you and the ASIS Banking and Finance Community Steering Committee to create the tip sheet?

Over the course of the George Floyd events it became obvious protests and riots were being used as a political bludgeon against the public and the American system. Banking, as a critical infrastructure piece of the system, isn’t new to protests. It seemed self-evident that the protests could ultimately impact on banking. My company lost a bank to BLM and antifa protests on 30 May in La Mesa, California, as did Chase, which had a branch across the street. The sector may not be one of the primary targets in the way we were during the Occupy Wall Street movement, but if it wasn’t evident before, losing that bank showed the obvious: that the financial, banking, and insurance industries which operate in urban areas can be significantly impacted, and we should start thinking proactively. 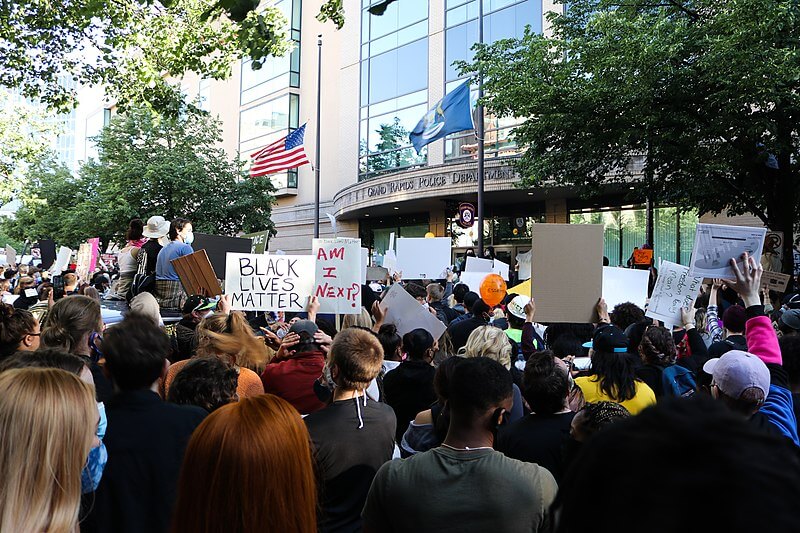 What are the characteristics about this environment that make it so volatile?

In my mind, there is going to be a tumultuous period after November 3—I just don’t see any way around it. As a result of Covid, we have mail-in ballots at a much larger scale than we’ve ever seen before, and you have state legislatures that have extended when mail-in ballots are going to be accepted. So, we’ve created a circumstance where it is virtually impossible that the American public will know the outcome of the national election at say midnight of Election Day, which is the tradition. The one time we broke with that tradition, 2000, it was one state that was in question. This go around, in 2020, it won’t be just one state. It’s going to be a multitude of states, no less than five states. A disputed election is a highly probable outcome, and that opens the door for unrest and chaos across the country.

What do you see as the worst-case scenario?

The worst case is that riots begin in major metropolitan areas to the degree that it disrupts a functioning society separating citizens from their ability to exercise personal freedoms leading to the implementation of the Insurrection Act, bringing in federal law enforcement, the national guard, etc., to try to restore order. Such prospects would clearly prevent banks and financial institutions—and all businesses really—from operating as “business as usual.” It’s a scenario that is not at all far-fetched and could take some time to resolve.

The election is one week away. What should banks and financial institutions be doing right now?

First and foremost, review with their executives the ability to communicate quickly and efficiently so critical decisions can be made and implemented. Make sure they have a method to communicate to employees using a mass-communication methodology. You need some notification system to be able to advise and keep employees up-to-date on the status of operations and efforts to protect the business. Keeping employees safe is paramount.

Secondary to that would be reviewing basic security measures as outlined in the tip. Should the institution consider putting boards up in some offices—offices that have historically been impacted by civil unrest? Should they consider closing early? They should review when cash deliveries are scheduled relative to the election cycle. Some may need to look at their guard force—should they increase their security posture or not?

If a security professional had a crystal ball two years ago and could foresee this exact set of circumstances, what are the most important ways he or she could prepare?

Two things: Foremost would be acquiring reliable intelligence data feeds from third-party vendors—emphasis on “reliable.” In my case, I am fortunate that I have the benefits of three different feeds. Join InfraGard, DSAC [Domestic Security Alliance Council], and other public-private communication networks where information is flowing back and forth. Joining those groups early on and developing a network of contacts in the public sector that trust you, in the private sector, to give you information in advance of things like known protests. The benefits of those relationships can’t be downplayed.

The other aspect beyond intel and advance knowledge to the degree possible, is to develop a mass communication method. Large companies will want to hire a third-party vendor; smaller institutions may not have the budget for that and may need to develop their own system. Either way, mass communication is critical, and it’s a missed opportunity if you haven’t set one up in advance and tested it as opposed to try to develop it on the fly in an emergency. In my view those are the two most important things to have on hand if we were looking at this as a future event.