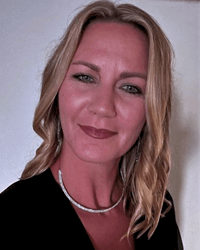 Pamela Mischo is persistent. She gets the job done. She began her security career in high school—working retail security at her local department store. She has stuck with the career ever since.

“What I liked about the job was the chase,” she says. “The adrenaline and satisfaction of a job well done by preventing loss to the store meant something to me.”

Now, armed with a bachelor’s degree in criminal justice and pursuing a master’s degree in crisis, emergency, and disaster management, Mischo serves as manager of global security – Americas, for a major pharmaceutical corporation. She oversees 16 sites throughout the United States, serving as their global security point of contact.

She joined ASIS International in 2010, when her organization’s entire global security team was encouraged to join. She became involved because she wanted to achieve the Certified Protection Professional (CPP®) designation—and the benefits that accompanied it.

With that destination in mind, she achieved her goal in 2019. “The accomplishment that I felt when I received my score report with that bright green circle that said ‘PASS’ reinforced that I’m qualified to be where I am,” she shares. “I earned it—and will do everything in my power to retain it! The CPP exam was the hardest thing I have ever had to study for.”

Mischo’s persistence was key in achieving her CPP, and she suggests that others who follow in her footsteps remain dedicated to the task.

“Study, study, and study some more,” she recommends. “The universal recognition that you receive for being a CPP is worth all the effort that it takes to earn it.”