Drone as a Security Service: Is It Right for Your Business? 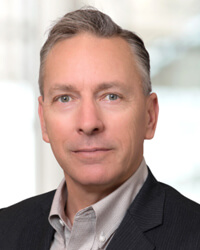 During the past several years, much has been written about commercial drones and their impact on society. Most often the focus is on drone detection and monitoring due to the recent advent of this technology operating in the public space.

Drone as a Security Service (DaaSS) is a concept that makes perfect sense for security directors and is worth consideration. As the commercial and consumer markets continue to heat up regarding drone interest, it is not surprising that DaaSS is starting to make its way into the security space and become a component of the security program as a viable tool to support the overall security concept of operations (CONOP) and planning.

So, what is DaaSS? Simply put, DaaSS is a concept that leverages commercial drone technology as a patrolling and quick reaction resource. Think of DaaSS as a “persistent eye” or “quick reaction capability” that can respond within minutes and operates utilizing the latest in commercial off-the-shelf capabilities such as 4K HD and thermal cameras. DaaSS can be implemented as a permanent security solution or contracted for special events.

DaaSS can be considered an extension or an additional layer providing a new look and enhancement to existing video surveillance systems (VSS). These DaaSS are highly technical and come in various configurations. Examples include drone in a box, tethered drones, or tethered drones with a release capability if an event requires further inspection.

DaaSS used in a patrolling role can put security personnel into a proactive posture.

An example of DaaSS in action was Super Bowl LIV in Miami. The Miami-Garden Police Department used drone systems to help secure areas lacking security infrastructure for the five-day celebrations that attracted more than 600,000 people.

DaaSS, if linked directly to a detailed threat, vulnerability, and risk assessment (TVRA), can be a valuable asset for creating a better response, quick reaction, and precise identification without creating risk for security forces during a security event. TVRA’s are reports that identify reasonable and proportional threats to a facility or business.

One example is perimeter security. If known areas of interest along the perimeter are identified as a critical point or asset, the DaaSS will automatically patrol and surveil that location on a routine basis. It is a great tool to provide initial standoff and give response forces time to organize and react appropriately. DaaSS used in a patrolling role can put security personnel into a proactive posture.

DaaSS also gives security forces the ability to work in a real-time observation mode while collecting and storing critical visual data in an evidentiary manner to support follow-up actions. When a security event is identified, DaaSS goes to work. The drone platform will fly to the location of the incident and record in real-time the events taking place. This information is relayed via a communications path to the security operations center where the security force can make decisions on how to respond. DaaSS can stay on location as long as battery life will allow and can be augmented by another system to keep a persistent eye on the event. Legally, the record video acts in a similar manner as fixed stationary cameras, giving the security staff and law enforcement a true account of the incident.

Where should DaaSS be applied? The logical answer is any business with a large perimeter or land mass footprint and those businesses that are public facing with the capacity for large crowds to gather for events. If you are a security director or operations manager in this type of scenario, take a look at how DaaSS can support your plans. As the market evolves and competition heats up, the systems will become more commonplace and accessible. These types of businesses should not miss an opportunity to get ahead of emerging technology rather than wait for bad things to happen before acting.

Many people may see DaaSS as a threat to manned security positions and a means to diminish the human factor of security, but the exact opposite is true. DaaSS is not a replacement for people but an enhancement that puts the right tools in their hands to support safe and secure environments.

Clearly, drones can be a threat from both physical and cyber domains and their capabilities should be addressed through drone vulnerability and risk assessment (DVRA), technical surveillance of designated airspace, and drone emergency response planning (DERP).

So, what does the future hold? It can be easily surmised that the advent of weapons detection and even facial authentication software options will once again change the dynamics of the DaaSS solution. As this technology continues to mature, the opportunity for a real-time common operating picture will evolve and become available to first responders and emergency service personnel—a true game-changer when it comes to incident management.

Bill Edwards is a principal at Thornton Tomasetti and leads its Security Design & Consulting group. A retired U.S. Army colonel, Edwards is an ASIS Board Certified CPP, PCI, and PSP.