Orange County: The Power of Partnerships

Remote work took off during the COVID-19 pandemic. But some jobs just cannot be done at home or while being socially distant. They require around-the-clock responses and close interactions with strangers.

This was one of the challenging factors that public safety personnel has been dealing with since March 2020, says Orange County Sheriff John Mina.

“We deal with different kinds of diseases on a regular basis,” he explains in an interview with The GSX Daily. “But unlike most people, we weren’t able to work from home, socially distanced. Crime continued despite lockdowns, and we were out there visiting homes, answering calls, and unfortunately exposing ourselves.”

In a mid-year report, the National Law Enforcement Officers Memorial Fund (NLEOMF) said that COVID-19 is the leading cause of death for officers nationwide. Between 1 January 2021 and 30 June 2021, 71 officers died from COVID-related causes—more than traffic-related and firearm incidents combined. In 2020, COVID-19 killed more law enforcement officers in the United States than any other cause.

“It has been reported to NLEOMF that each of these officers has died as a direct result of their exposure while conducting official duties,” according to the report.

Crime continued despite lockdowns, and we were out there visiting homes, answering calls, and unfortunately exposing ourselves.

The overall wellbeing of law enforcement personnel has been at the forefront of Mina’s mind, as well as Orlando Police Department Chief Orlando Rolón. Both have been working with their officers to ensure they are as safe as possible while out on duty, that their mental health is being addressed, and that partnerships and connections with the community remain strong to keep Orange County—and the city of Orlando—safe.

Thankfully, the Orange County Sheriff’s Office has had good partners to work with throughout this trying time. It is the lead law enforcement agency for Orange County, Florida, which operates under a charter government where Mayor Jerry Demings serves as the chair of a Board of County Commissioners elected from six districts.

Demings, Mina, and Rolón also have a strong connection because all three were working in the county and city of Orlando when the Pulse Nightclub shooting happened in 2016. A gunman who identified as an “Islamic soldier” opened fire at the nightclub, killing 49 people and injuring dozens of others before being killed in a shootout with police. At the time, Mina was the chief of the Orlando Police Department, Rolón was deputy chief, and Demings was the Orange County sheriff.

More than 1.3 million people call the county home, and in a typical year more than 75 million people visit the county. They go to major theme parks—including Disney World, Universal Studios, and Sea World; to watch the Orlando Magic, Orlando City Soccer, and Orlando Pride in a game; or to catch a performance at the Dr. Phillips Center for the Performing Arts.

Additionally, the Orange County Sheriff’s Office and Orlando Police Department conduct scenario training—some of which has been on hold during the COVID-19 pandemic—to keep everyone in the loop and ensure that people know how to respond in the event of an incident.

This also helps with relationship-building to prevent incidents from happening. Law enforcement cannot do it alone, Mina says, and it relies on its private partners—including security employees—to speak up when they see something odd.

“They can help us prevent a terrorist type activity or respond and report anything that’s suspicious,” Mina explains. For instance, following the Pulse nightclub shooting and subsequent investigations into the incident, authorities learned that the gunman had visited the major theme parks in the county. There’s now greater awareness that those areas are targets, he says.

After-action reports into the shooting also revealed that more could be done to improve officer safety when responding to an active shooter and hostage situation. Not every officer had a rifle—and those who did not all have sights. The Orlando Police Department has made investments so each officer now has a rifle as part of their equipment, along with lightweight armor plates that go into their outer vest carriers for regular day wear, Rolón says.

“The helmets—Kevlar helmets—those were also upgraded for better, lightweight helmets so the fatigue factor does not affect our officers,” he adds. “We’re always reviewing and trying to look for best practices. That’s the way we embrace and do business—that what we might do today might not work a year from now.”

Changing the way law enforcement carries out its duties, especially during civil rights demonstrations, has been a primary focus in America following the murder of George Floyd. Protests and demonstrations erupted around the country, demanding accountability and overhauls in policing that activists said wrongfully targeted and penalized communities of color.

Orlando was not different, Rolón says, with demonstrations that attracted roughly 10,000 people marching along an 11-mile path at one point. The demonstrations were largely peaceful, with only a small number of individuals attempting to engage in violence. Those individuals were dispersed after police officers deployed smoke and then a chemical agent, Rolón explains, adding that officers are also equipped with body worn cameras to document their actions.

That’s the way we embrace and do business—that what we might do today might not work a year from now.

Additionally, the department worked with The Boman Group during 2020 and into 2021 to conduct an assessment of the department and identify areas that it could improve. The Boman Group released its analysis in August 2021, and it identified that the police department needed to make changes to the data it collects to be able to identify if racism and systemic inequities are present in the department. One of the major recommendations of the group’s report was that the department overhaul and improve its data collection practices—which Rolón is supportive of.

There’s also been scrutiny about use of force and de-escalating incidents. The Orlando Police Department, for instance, conducts the Active Bystandership for Law Enforcement (ABLE) Project, which teaches officers bystander training and the importance of the duty to intervene.

At the sheriff’s office, Mina says he met with community and activist groups on Zoom to hear their concerns. He also had a citizen’s advisory committee review the sheriff’s use of force policy, make recommendations on where it could be improved, and then implemented them. One of those recommendations included the duty for deputies to intervene if they see another deputy using force excessively. The updated policy also bans chokeholds and no-knock warrants.

The sheriff’s office is also focused on mental health initiatives and plans to expand its Behavioral Response Unit, which pairs deputies and mental health clinicians employed by Orange County to respond to calls for help with a mental crisis.

“Many times when people are in crisis, law enforcement doesn’t always have the tools to deal with that,” Mina says, adding that having the health clinician present helps de-escalate the situation and ensure that individuals get the care they need. The program has been in place for approximately nine months, and it is funded through asset forfeiture funds.

And when it comes to law enforcement officers themselves, both Rolón and Mina are vocal advocates for promoting mental health as part of overall fitness for duty.

“We work hand-in-hand with our HR department,” Rolón says, which promotes employee assistance programs for officers, as well as the need for peer support for seeking those services.

The sheriff’s office also utilizes a program out of the University of Central Florida, which was started during the Gulf War to treat soldiers and military personnel with post-traumatic stress disorder (PTSD). Following the Pulse Nightclub shooting, the program began treating first responders.

Mental health is “such an important topic, and unfortunately, I’ve been in law enforcement for 30 years, and it’s something we’ve failed in over the past three decades,” Mina says. “We swept it under the rug, didn’t address it, or stigmatized it…now it’s the opposite. We want them to get help.”

This has been especially important during the COVID-19 pandemic as law enforcement officers are working long hours, responding to stressful and often traumatic incidents while also coping with their own personal struggles.

“We have been fortunate that we have not lost someone due to COVID, but we can probably tell the story of someone related to our profession who has died of COVID,” Rolón says.

Megan Gates is senior editor at Security Management, the parent publication of the GSX Daily. Connect with her at [email protected]. Follow her on Twitter: @mgngates. 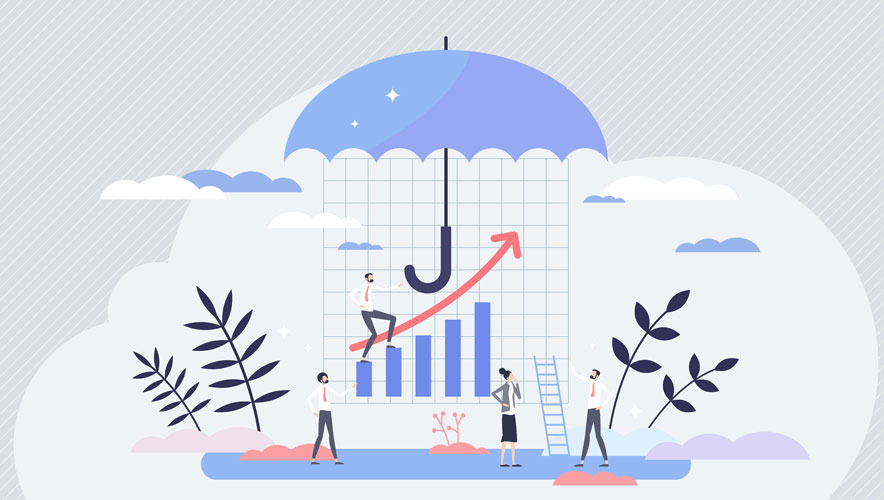