On the Front Lines: Nadja West to Share How the U.S. Army Fought Ebola 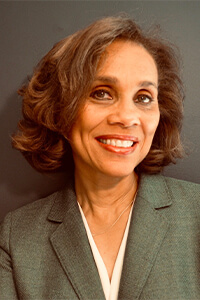 With the COVID-19 pandemic raging through its second year, it’s hard to think of a time when humanity has faced a deadly disease and successfully contained it. But that’s what happened with the Ebola crisis from 2014 to 2016 when the world’s security apparatus came together to respond to a dire health emergency and prevent a pandemic.

It started in December 2013 when an 18-month-old boy from a small village in Guinea is believed to have been infected with Ebola from bats. Five more cases soon occurred in the area, and local health officials were notified on 24 January 2014. Soon, the virus spread to Guinea’s capital city—Conakry—and after 49 confirmed cases and 29 deaths, the World Health Organization (WHO) declared an outbreak of Ebola.

“Weak surveillance systems and poor public health infrastructure contributed to the difficulty surrounding the containment of this outbreak and it quickly spread to Guinea’s bordering countries, Liberia and Sierra Leone,” according to the U.S. Centers for Disease Control’s reports. “By July 2014, the outbreak spread to the capitals of all three countries. This was the first time [Ebola] extended out from more isolated, rural areas and into densely populated urban centers, providing an unprecedented opportunity for transmission.”

The disease then spread in West Africa and later to seven more countries: Italy, Mali, Nigeria, Senegal, Spain, the United Kingdom, and the United States. In response, the medical community stepped up to help train and provide resources to healthcare workers on the front lines in West Africa. The United Nations launched the UN Mission for Ebola Emergency Response (UNMEER)—the first UN emergency health mission, with oversight by the WHO—as a temporary measure to meet immediate needs to fight Ebola, deploying financial, logistical, and human resources to Guinea, Liberia, and Sierra Leone to support a “push to zero cases,” according to a UN press release.

A key player in that mission was the United States. Then U.S. President Barack Obama committed more than $175 million to fight Ebola and leveraged the capabilities of the U.S. military to bring the epidemic under control.

U.S. Africa Command created a regional intermediate staging base in Monrovia, Liberia, to facilitate and expedite the transportation of equipment, supplies, and personnel. Command engineers were also sent to Guinea, Liberia, and Sierra Leone to build Ebola Treatment Units, and the U.S. government recruited medical personnel to staff them as well as train 500 health care providers each week.

On Wednesday at GSX 2021, Lieutenant General (ret.) Nadja West will share her experience in crafting the U.S. Department of Defense’s (DOD’s) medical response to the Ebola crisis. As the 44th army surgeon general and the former commanding general of U.S. Army Medical Command, West is the first African American woman three-star general in the U.S. Army’s history and the highest-ranking woman to graduate from West Point. She played an essential role in working with DOD leadership and leading more than 130,000 army medical professionals into the Ebola battle.

“In my GSX presentation, ‘Leading Through Uncertainty,’ I’ll draw upon more than 20 years of experience in executive leadership, including crisis management, disaster response where I led more than 130,000 awesome Army professionals and assisted the Joint Chiefs of the DOD leadership in crafting the response to the Ebola crisis,” West said in a pre-GSX video announcement. “Difficult times call for effective and compassionate leadership, and I want to make sure you’re better prepared for leading your team through the next crisis.”

More than 28,616 people were infected during the 2014-2016 outbreak, and more than 11,310 people died, according to the CDC. But the battle against the disease was ultimately successful. The international response to contain the virus’s spread worked, and subsequent Ebola outbreaks have not been able to spread as rapidly.

“While the spread of [Ebola] in West Africa has been controlled, additional cases may continue to occur from time to time,” the CDC said. “However, because of ongoing surveillance and strengthened response capabilities, the affected countries now have the experience and tools to rapidly identify cases and limit the spread of the disease.”

To watch West’s keynote address, tune in to “Leading Through Uncertainty” at 8:30 a.m. ET in person or via the GSX 2021 virtual platform. Her remarks will also be available on demand for GSX 2021 attendees.

Megan Gates is senior editor of Security Management, the parent publication of The GSX Daily. Connect with her at [email protected]. Follow her on Twitter: @mgngates.