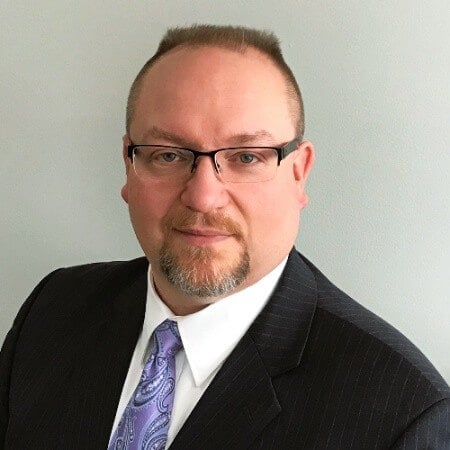 In 1994, Tim Sutton, CPP, first advanced into the world of security management at the supermarket organization where he began as a bagger in 1987. Even when this organization was absorbed into a larger one in 1995, Sutton remained on staff as a security coordinator for 13 locations. He'd discovered his loss prevention career.

"One of the many things I like about security management is the fact that there is no single 'right way,'" Sutton says. "You have to constantly learn new things and apply lessons learned from experience when developing a security solution. Being an ASIS member has allowed me the benefit of others' experience, gained through networking."

Sutton joined ASIS in 2004, when he felt comfortable devoting the time to be an active member. "I have never been one to join an organization just for the sake of listing the membership on my résumé," he explains. "An organization is only as good as its members' active involvement."

And Sutton is happy to vouch for the value of ASIS. "Two years after I joined ASIS, my position was eliminated when my company moved to position itself for a sale. I was devastated. That same week was our chapter's monthly meeting. I was sick to my stomach and almost didn't go—but at this meeting, a fellow member approached me and connected me to my next employer. I honestly don't know where I would be today if it weren't for the networking ASIS afforded me."

He became a Certified Protection Professional (CPP®) in 2009, with the support of his organization. "My boss at the time was a mentor of mine who had a CPP of his own, and he'd been trying to get me to sit for the exam," Sutton recollects. "One day, he told me he would pay for my exam fee and to just sign up. That way I would have no excuse for not getting it done."

Sutton has reaped the rewards of that decision ever since, citing the general knowledge base he acquired preparing for the exam as an invaluable benefit. "I strive for excellence within the industry I serve."

He now serves as director of security for GHG Management, a company within the medical cannabis sector. Reporting directly to the CEO, he manages security at 15 facilities in Illinois, Maryland, and Pennsylvania.

"There really is no typical day for me," he says. "I check incident reports. I travel to sites to administer training and conduct audits and investigations. I prepare security system designs for new facilities we plan to open in Ohio and North Dakota. Most days involve completing background investigations on all potential hires, as well."

As an involved ASIS member who credits the Society and its certifications for the growth of his career, he is excited to get others involved. "I look forward to ASIS launching its early careerist certification soon," he says. "I plan to incorporate that certification into our security department."

When it comes to preparing for the certification exam, Sutton recommends getting involved. "Attend local chapter meetings and reach out for study help," he suggests. "I was a lucky recipient of an ASIS scholarship that gave me access to the online CPP review course. ASIS offers plenty of resources to help you grow your expertise."