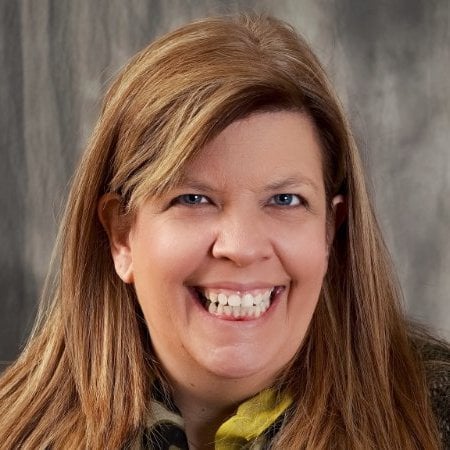 Four years ago, Laurie Simmons was living quietly in Minneapolis, Minnesota as a senior property protection manager for Cushman & Wakefield NorthMarq, where she’d worked for 26 years. She was an ASIS member, but hadn’t yet gotten that involved with the organization.

One chilly February day, her phone rang. She had no idea her life was about to change.

Interested? Yes. Terrified? Yes! Laurie described herself as a “turtle hiding in its shell.” She was quiet and shy, and lived a simple life: she had never traveled alone and liked her routines. Minnesota and Wisconsin were big territories, and she wasn’t sure she was up to the challenge. Nevertheless, she took a deep breath and accepted the position.

That decision turned Laurie’s life around. She dove into the ASIS website and learned all she could about her chapters. She gathered training materials to bring with her as she crisscrossed the two states. Suddenly, Laurie was traveling constantly, speaking to chapters with confidence, and inspiring others to take chances. There was so much more to ASIS than she’d ever realized. Members who had really engaged were connecting and helping each other in all matters of security.

Now, ASIS is a focal point of Laurie’s life. She is a Regional ​Vice President and Vice Chair of the Commercial Real Estate Council. She serves on the Awards Committee. These roles have taught her to stand up for what she believes and encouraged her to lead with authority. Her personal growth, her friends say, is staggering.

Talking to young professionals considering ASIS membership today, Laurie says, “Go for it! ASIS offers mentors and resources so you’ll build the confidence you need to get ahead. You’ll leave ASIS events inspired and motivated by the core values we share. The support ASIS offers, and the network you’re part of, will help your career. And who knows? Maybe this membership will change your life, as it did mine.”

Suddenly, Laurie was traveling constantly, speaking to chapters with confidence, and inspiring others to take chances. There was so much more to ASIS than she’d ever realized. Members were connecting and helping each other in all matters of security.