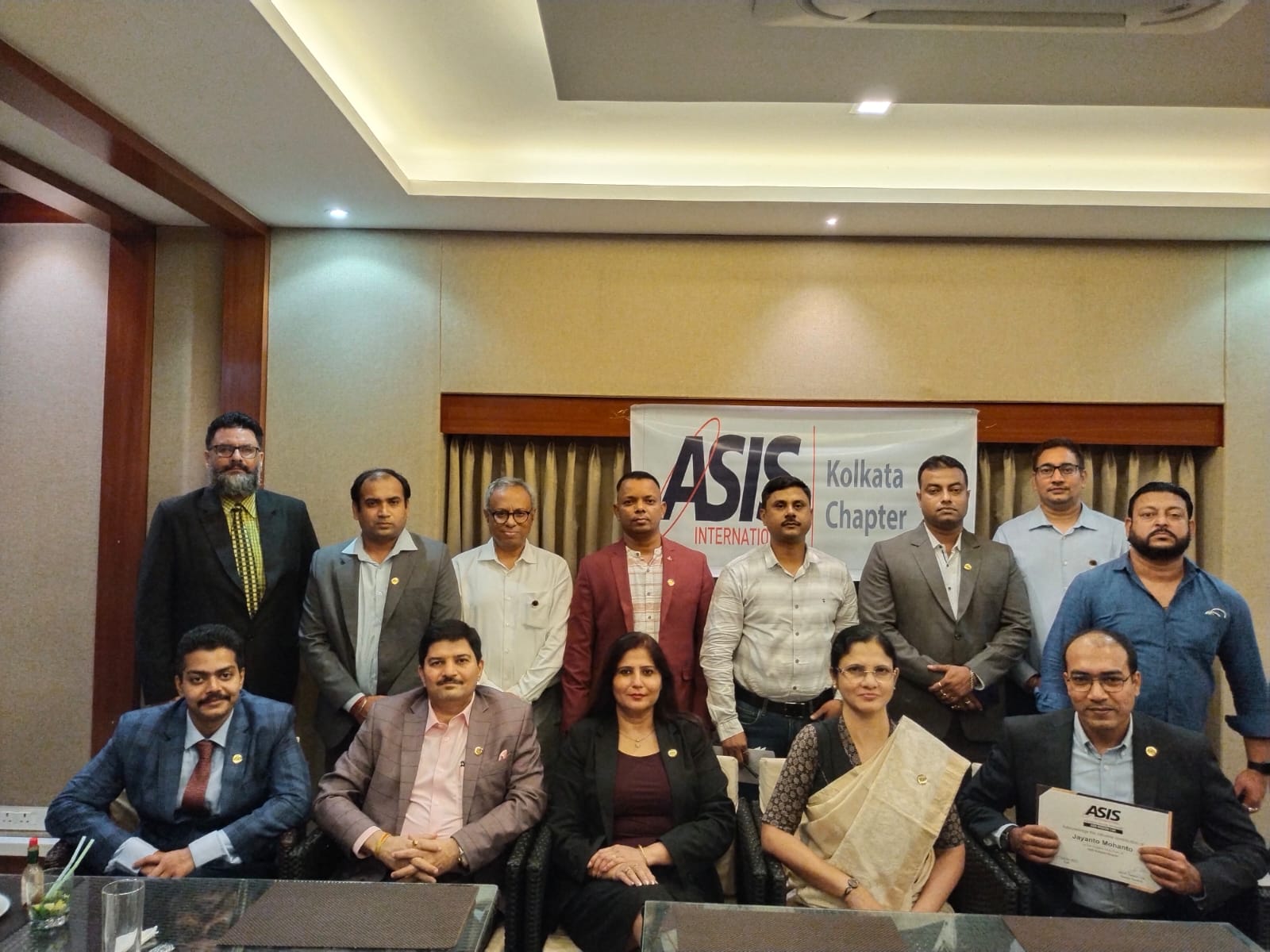 It was a late evening in December 2017 when a few professionals of the Kolkata security fraternity were assembled for an informal get-together. The discussion veered from one topic to another, when there was a conversation about the paramount importance of having a structured sequence of meetings and agendas. The forum agreed that Kolkata, being the hub of the Eastern part of the country, was a focal point and should lead the way for security strategies and practices.

What was missed was the presence of a formal ground and a governing body that could act as the launchpad for these initiatives. That’s when these professionals brought up the idea of having an ASIS chapter that could address these needs.

It was unanimously agreed that having an ASIS chapter would support these initiatives and create an aura of professional bonding and camaraderie among the present professionals, while helping gain new members and grow the security network.

The professionals experienced several difficulties in this endeavor. They themsevles only totaled one-third of the required members to create a new ASIS chapter. It was important to locate more professionals from the security fraternity. But the present group was a determined lot, and it was decided that going forward the focus would be on adding members to slowly reach a sufficient headcount to submit the chapter application.

The team planned a campaign that included an informal social media group to reach more professionals to the platform. This was a huge task, as the security heads of different organizations in the East were working in silos and lacked the contact details and information to join this platform.

However, a chain effect occurred--bringing several professionals to the platform. It was October 2019 when the social media group was formed over Whatsapp, and the initial members were successful in adding close to 20 professionals.

The next challenge was to spread awareness of ASIS and the benefits of becoming involved. In order to submit a chapter application, the professionals of the group needed to take up ASIS membership.

The pandemic and its associated lockdowns hit the Indian economy in March 2020. This had a devastating effect on the security industry, as millions lost jobs and economic sustainability became a challenge for many people. A continuous declaration of lockdowns not only hurled the economy towards a negative edge but also had a frightening impact on the minds of people who were less keen on spending and more worried about retaining. In a grim situation like this, it was difficult to add members as there was also an ASIS membership cost involved.

The focus shifted from one priority to another, and the idea of the chapter formation lost the fire it deserved. There were pressing matters to be addressed in organizations and personal life. Nevertheless, the group strongly believed that sooner or later the situation would improve, and their hopes of creating an ASIS chapter would be restored.

By early 2021, it could be seen how other regions were benefitting from ASIS chapters and how an integrated approach and networking was a blessing in these times of distress. Professionals from the security fraternity realized the benefits of having a formal platform. They also understood the additional perks of certifications, knowledge sharing, a job board, a robust representation to the law enforcement & military agencies, and, most importantly, growing a network from the neighbouring states.

The volunteer leaders actively reached out to risk professionals across Eastern India with the intent of spreading awareness of ASIS and the importance of framing a chapter in the East. There was major support from ASIS governing leads who assured participation and inclusion of members from neighbouring states.

By August 2021, there were a sufficient number of registered members of ASIS. It was mandated that a petition in this regard would be filed under the guidance of Mr Sanjay Kaushik (ARVP), towards the formation of the chapter.

This was heartwarming news as several people had a vision and consistent approach towards the realization of this dream. The first chapter meeting took place on 1 October 2021 at the Eastern Metropolitan Club, Kolkata with end to end coordination and support from Mr Debajit Choudhury (member - ASIS Kolkata Chapter).

The members of the ASIS Kolkata Chapter view this as just the beginning and aim to take this forward by creating a diverse and inclusive environment conducive to interaction with law enforcement and military agencies, thereby promoting an atmosphere of learning and professional growth. The chapter also realizes the importance of having a common platform for networking, exchange of ideas and knowledge for the benefit of all.